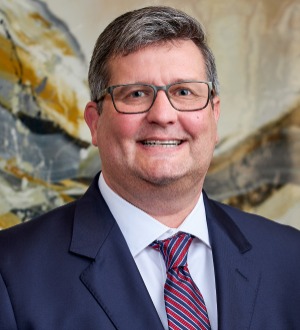 For nearly three decades, Charles “Chad” Everingham IV has worked in both public service and private practice handling patent litigation and other intellectual property and commercial disputes. Serving as a magistrate judge from 2007 to 2011 in the Eastern District of Texas, one of the busiest patent litigation courts in the nation, Mr. Everingham conducted Markman proceedings and complex patent trials involving medical devices, recreational equipment, computer hardware and software, automotive parts, advanced electronics, and semiconductors.

From the Eastern District of Texas, Mr. Everingham returned to private practice, where he has since litigated a wide variety of intellectual property matters and other business disputes for both individuals and large corporations. He has defended clients against claims of patent infringement in the consumer electronics, telecommunications, energy, hospitality, and software industries. In a particularly notable case, Mr. Everingham successfully prosecuted claims for trade secret misappropriation involving spinal implant technology on behalf of a Texas neurosurgeon.

Mr. Everingham has earned recognition as a leading practitioner in intellectual property law by Chambers USA. He has been recognized for his IP and patent litigation work by The Best Lawyers in America since 2018. In 2019 and 2020, he was named as a Texas Super Lawyer by Thomson Reuters.

Mr. Everingham received his undergraduate degree from Stephen F. Austin State University. After receiving his law degree from Baylor University School of Law, he served as a permanent law clerk to Judge T. John Ward during his term in the Eastern District of Texas. He is licensed to practice in all Texas and California state courts, the United States Court of Appeals for the Fifth and Federal circuits, and the United States district courts for the Eastern, Northern, and Western districts of Texas.