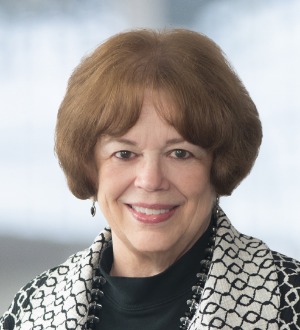 After a long and distinguished career in the federal government with the Equal Employment Opportunity Commission, Ms. Wheeler joined Katz, Marshall & Banks as Of Counsel in August 2015.

As an appellate lawyer with the EEOC, Ms. Wheeler was in the forefront of developing cutting edge legal arguments and theories to prove discrimination and harassment under Title VII, The Age Discrimination in Employment Act, the Americans with Disabilities Act, and the Equal Pay Act.  Ms. Wheeler was an Assistant General Counsel in EEOC’s Office of General Counsel, Appellate Services Division, for 25 years, and for 12 years served intermittently as the Acting Associate General Counsel, with responsibility for managing the entire office and staff. As an Assistant General Counsel, she supervised six attorneys who prepared briefs and argued appeals in EEOC cases in all the federal courts of appeals, as well as the Supreme Court, and who filed briefs as amicus curiae in cases raising important legal issues under EEOC’s statutes.  For example, in past years she worked on the landmark decision holding that fetal protection policies that bar fertile women from particular jobs violate Title VII and the Pregnancy Discrimination Act, UAW v. Johnson Controls; the trilogy of disability cases that spurred the amendments to the ADA, Sutton v. United Airlines, Murphy v. UPS, and Albertson’s v. Kirkingburg, as well as the disability case that led Congress to reexamine the meaning of “substantially limited,” Toyota v. Williams; the cases that led to the creation of an affirmative defense for supervisory sexual harassment, Faragher v. City of Boca Raton and Ellerth v. Burlington Industries; the sexual harassment case recognizing that same-sex harassment is actionable, Oncale v. Sundowner Offshore Services, and the sexual harassment case recognizing that harassment victims do not need to prove they were emotionally devastated to the point of being unable to work to establish actionable harassment, Harris v. Forklift Systems.

In more recent years, Ms. Wheeler worked with the Solicitor General’s Office on briefs filed in the Supreme Court in Crawford v. Metropolitan Gov’t of Memphis, the case involving retaliation against a harassment witness; Gross v. FBL Financial Services, in which the Court rejected the government’s argument that victims of age discrimination should be allowed to prove their claims under the same mixed motives standards applicable in Title VII cases; Ricci v. DeStefano, the case involving the challenge to New Haven’s decision not to rely on a discriminatory promotion exam used for choosing  firefighters for promotion to captain positions; Thompson v. North American Stainless, which established that a close relative or friend can state a retaliation claim based on their friend or relative’s protected activity; (third party retaliation), Hosanna Tabor v. EEOC, which affirmed the existence of a ministerial exception that allows religious organizations to make employment decisions about employees who qualify as ministers without being subject to liability under the anti-discrimination statutes; Vance v. Ball State, which created a definition of supervisor status for harassment liability purposes; and University of Texas Southwestern Medical Center v. Nassar, in which the Court rejected arguments that the Title VII mixed motives proof framework should apply to retaliation claims.

Throughout her tenure with the Commission, Ms. Wheeler participated in countless conferences and internal training sessions on the import of the many decisions from the Supreme Court, and also conducted agency-wide internal training on all of the legislative and regulatory responses to the Court’s decisions.  In addition, she frequently spoke at labor and employment law conferences on topics ranging from harassment to retaliation as well as all the emerging issues of coverage and accommodations under the Americans with Disabilities Act. Upon her departure from the Commission, the agency acknowledged her achievements in developing the law and in mentoring and training several generations of EEOC lawyers and investigators.

In 2019, Ms. Wheeler was inducted into The College of Labor and Employment Lawyers, a professional non-profit association that honors the nation’s leading employment attorneys, and promotes achievement and excellence in the field of labor and employment law. Since 2020, Ms. Wheeler has been recognized by Best Lawyers in America for her work in the areas of employment and civil rights law.