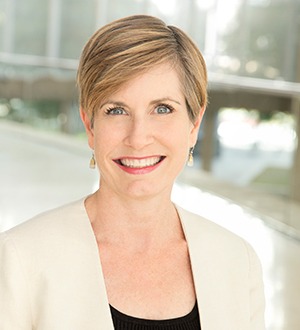 Carol helps businesses and individuals solve their commercial legal problems, everything from addressing disputes before a lawsuit is filed to aggressively pursuing full-blown litigation and trials.  A lawyer for more than 20 years, Carol is experienced, creative, tough and prepared.  She understands the importance of each case to her clients, and she approaches each case with the same focus, intensity, determination and sheer will to win that has served her well since the beginning.  As a former big-firm lawyer, she knows how to provide high-quality legal services, but through a small-firm boutique platform that emphasizes personal service, responsiveness, and value.

Carol handles a wide variety of business-related disputes in state and federal courts, in Texas and around the country, including contract claims, real estate matters, lender/borrower disputes, fraud and other business torts, construction and energy-related matters.  She also has significant experience representing lawyers and law firms, and she has successfully litigated and defended lawsuits for professional negligence, breach of fiduciary duties, fraud, and disqualification.

Before joining Estes Thorne & Carr, Carol was a litigation partner for almost 10 years with Vinson & Elkins. She has been listed in The Best Lawyers in America® in commercial litigation every year since 2006, and she was recognized in 2016, 2017, 2018, 2019, and 2021 as a member of the Top 50 Texas Women Super Lawyers.  She is a former Chair of the American Bar Association Section of Litigation’s Professional Liability Litigation Committee.  Carol has also been a member of the Texas State Bar's Standing Committee on the Disciplinary Rules of Professional Conduct, which makes recommendations to the Texas Supreme Court.