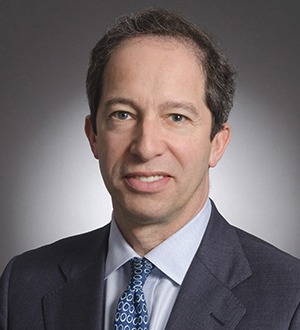 The United States District Court for the Southern District of New York has appointed Mr. Loewenson as receiver in three separate SEC enforcement actions, including SEC v. Credit Bancorp, Ltd., in which he led a 14-year effort resulting in the recovery of most of the $200 million that customers lost in a Ponzi scheme. The SEC also appointed him Independent Consultant in an enforcement action against the notorious securities boiler room, Stratton Oakmont, which was featured in “The Wolf of Wall Street.”

Prior to joining Morrison & Foerster in 1990, Mr. Loewenson served as an Assistant United States Attorney in the Southern District of New York for five years. For most of his time there, he served on the Securities and Commodities Fraud Task Force, where he prosecuted cases involving insider trading, stock manipulation, other securities fraud offenses, and tax evasion. As an Assistant U.S. Attorney, Mr. Loewenson was successful in 15 out of 16 verdicts in the cases he tried. In April 1991, he received the Director's Award for Superior Performance from the Director of the Executive Office for United States Attorneys.

From 2001-2007, Mr. Loewenson was a member of the New York State Ethics Commission, a body charged with interpreting and enforcing New York State's ethics in government statutes. From 2007-2013, he was chairman of the board of the Jacob Javits Convention Center in New York City.

Mr. Loewenson taught trial practice as an Adjunct Professor at New York University School of Law (1988 to 1992), at the Practising Law Institute in New York City (1991-1994), and at the Trial Advocacy Program of the Manhattan District Attorney's Office (1989-1994).

After serving as a law clerk for the Honorable Frank M. Coffin of the U.S. Court of Appeals for the First Circuit, he served for a year on the National Legal Staff of the American Civil Liberties Union in New York City as the Karpatkin Fellow.