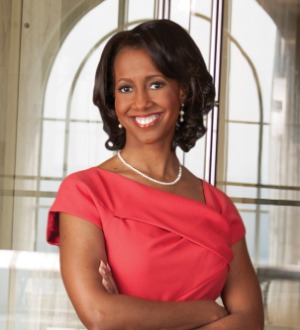 Years In Practice
Phone Number (404) 881-7000
Cari Dawson is a creative problem solver, legal strategist and committed advocate. She chairs the Class Action Practice Team and has an established track record of successfully defending Fortune 500 companies as lead counsel in high-profile litigation nationwide. Cari has defended hundreds of class actions across an array of industries and regularly assists clients in commercial litigation, strategic counseling and crisis management.

In 2015, Cari was named one of the country’s “Most Influential Black Lawyers” by Savoy Magazine and a “Woman Worth Watching” by Diversity Journal. In 2013, the National Law Journal named Cari one of the “100 Most Influential Lawyers in America” for her work as lead class action counsel in the Toyota Unintended Acceleration MDL in California. Chambers USA has consistently named her one of “The Best Lawyers in America.” In 2014, Cari was named one of the Top 50 Women Super Lawyers in Georgia by Super Lawyers magazine and one of the “Most Powerful & Influential Women” by the National Diversity Council. In 2012, the John M. Langston Bar Association named her “Corporate Counsel of the Year,” and in 2011, The American Lawyer named her to the “45 Under 45” list of remarkable women lawyers.