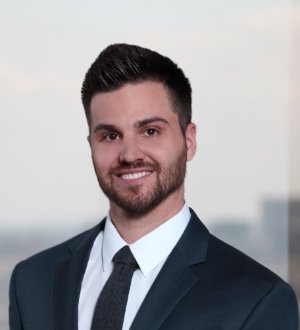 Caleb Miller knew he wanted to fight for injured victims ever since clerking with a plaintiff’s personal injury firm while still in law school. It was there that he cultivated a passion for helping victims and their families navigate some of the most difficult times in their lives.

After graduating law school, Mr. Miller dedicated his professional career to advocating on behalf of those who had been injured and wronged, using his experience and legal knowledge to protect their rights when they needed it most.

Over the course of his career, Mr. Miller has tried several jury trials in counties throughout Texas, helping numerous clients secure the full and fair compensation they’re entitled to for their losses. The cases he’s handled have ranged from car accidents and 18-wheeler wrecks to serious injuries and wrongful deaths. Mr. Miller has taken and defended more than 100 depositions, as well as appeared and argued at dozens of civil hearings. He’s proud of the reputation he’s earned among the local and legal communities as a proven trial attorney who fights for his clients.

Mr. Miller is a native of Fresno, California. Before law school, he often worked in the fields of his family’s farms, where he learned the meaning of hard work. It was an experience he’s often drawn from when fighting for clients in civil cases with the potential to make real differences in their futures. After earning a degree in Political Science with an emphasis in speech communications from Pepperdine University, Mr. Miller attended law school at Texas Tech University School of Law. He is licensed to practice in the state of Texas and the United States District Court for the Northern District of Texas.