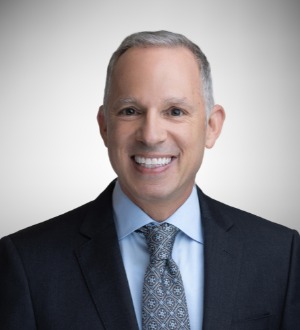 Bryan J. Waldman is the president of the law firm of Sinas, Dramis, Larkin, Graves & Waldman. In 2020, 2017 and 2015, Bryan was selected the Lawyer of the Year by Best Lawyers in America in the area of Personal Injury Litigation – Plaintiffs, for the Lansing, Michigan region.  His practice is limited to representing people in wrongful death and personal injury cases. He has litigated these types of cases in over 40 jurisdictions.

In 2003-2004, Bryan served as President of the Michigan Trial Lawyers Association (now the Michigan Association for Justice). He has received an "AV" (highest) rating from the Martindale-Hubbell American Law Dictionary, indicating preeminent legal ability and very high ethical standards. He has been named as a Michigan Super Lawyer in the area of plaintiff's personal injury every year since and has been included in Best Lawyers in America in the area of personal injury law. In May 2007, he was appointed by the Governor of Michigan to sit as a Member of the Civil Service Commission and was elected Chair of the Commission in September 2007.

Bryan, a competitive cyclist, has been recognized for his advocacy efforts, particularly in the realm of bicycle law. In 2017, he was named "Michigan Cyclist of the Year" by Programs to Educate All Cyclists (PEAC) and, in 2013, he received the "Bicycle Advocacy Award" from the League of Michigan Bicyclists.

In his free time, Bryan enjoys cycling, paddleboarding and running with friends.