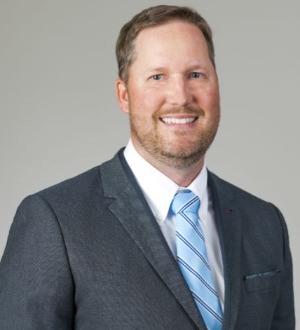 Recognized by Best Lawyers® since 2020.
5473 Blair Road Dallas, Texas 75231
(214) 890-0711
|
Firm: Fears Law Firm
|  Website
Edit Profile
Edit Your Profile
To edit your Lawyer Directory information, please login to your
Best Lawyers® Admin Account.
If you have any questions or need assistance, please contact us at info@bestlawyers.com or 803.648.0300.
Overview
Firm

Bryan Fears thinks big. The law firm he co-founded, Fears Nachawati, helps individuals who have been injured in auto and work accidents, but it has also made great strides helping communities affected by disasters such as the opioid epidemic. Mr. Fears has also developed a passion for environmental law and helping those suffering from water-supply contamination and other forms of contamination. In only a few short years, Mr. Fears has gained a reputation as an attorney with not only the legal acumen required when litigating complex cases but also the ability to coordinate the substantial resources needed to win them.

While Mr. Fears has become increasingly involved in helping communities that have suffered at the hands of large corporations, he remains deeply committed to making the legal process more transparent and increasing the public’s access to legal services. He has partnered the firm with LegalZoom and LegalShield, businesses that assist individuals with services ranging from document creation to trial defense. These partnerships have helped countless individuals in their time of need.

Mr. Fears received a Bachelor of Science in biology from Baylor University before going on to the South Texas School of Law Houston. He is licensed to practice law in Texas, Oklahoma and Colorado, as well as the United States District courts for the Eastern, Northern, Western and Southern districts of Texas and the United States District Court for the District of Colorado. He is an active member of the Texas Trial Lawyers Association, as well as the National Association of Consumer Bankruptcy Attorneys and the National Association of Consumer Advocates.