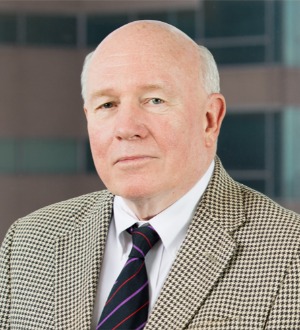 Bruce Reynolds is a Member of the firm based in its Lexington office although he advises lawyers located in other offices as to complex tax matters. His practice focuses primarily on taxation and tax related matters, including tax controversies and disputes, business transactions and estate planning for business owners.  He also has been involved in numerous disputes involving fiduciary relationships.

During his long career with Stites & Harbison, Bruce has assisted many of the firm's largest clients with a myriad of complex federal, state, and local tax matters. His most notable tax case involved the successful representation of a Chicago Board of Trade floor trader before the United States Tax Court in a commodity straddles case which resulted in a decision that invalidated two Treasury regulations. He also has assisted clients in obtaining favorable private letter rulings from the Internal Revenue Service in a variety of matters of first impression.

After graduating from college and law school at the University of Kentucky, Bruce spent four years in Washington, D.C. working first for the Chief Counsel of the Internal Revenue Service and then as an attorney-advisor to the Hon. J. Gregory Bruce, Judge of the United States Tax Court. Also, while in Washington, he earned an LL.M. in Taxation from Georgetown University.