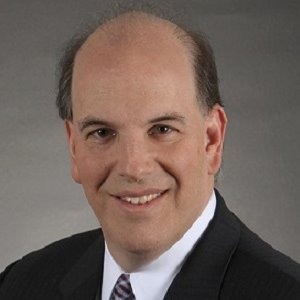 Area of Emphasis
Bruce Rudoy is a shareholder and co-chair of Babst Calland’s Energy and Natural Resources and Renewables groups and Land and Energy Title Department. Mr. Rudoy concentrates his practice in the areas of Oil and Gas, Renewable Energy, and the associated business transactions, corporate and real estate law. He counsels various clients on title, transaction and regulatory matters. Those matters are diverse and include title issues and opinions, purchase and sale of assets and equity, due diligence examination and analysis. Transactional matters related to energy contract matters include Joint Ventures, Farm-Outs and Farm-Ins, Power Purchase Agreements, Equipment Supply Agreements, EPC Contracts, Offtake Agreements, leases and licensing, secured lending, and litigation related to all of the foregoing. Mr. Rudoy is also a member of the Firm’s board of directors.

Background
Mr. Rudoy graduated from Pennsylvania State University in 1987 with a B.S. in Finance. He attended the London Metropolitan University (formerly City of London Polytechnic) in London, England in 1986 where he studied law and economics. Mr. Rudoy received his J.D. from Cleveland-Marshall College of Law in 1992. During law school, he served on the Cleveland-Marshall Journal of Law and Health. Mr. Rudoy was also a visiting student at the University of Pittsburgh School of Law.

Memberships and Affiliations
Mr. Rudoy is admitted to practice in Pennsylvania, Alaska, Kentucky, New Mexico, North Dakota, Ohio, Oklahoma, Texas, West Virginia and Wyoming. He is also a member of the bar associations in each of those states. Mr. Rudoy is past chair of the Oil and Gas Committee of the American Bar Association Section on Environment, Energy and Resources and a current member of the Environment and Energy, Business Law, Real Property, and Probate & Trust Law sections of various states’ bar associations.

Mr. Rudoy has been listed by BL Rankings in The Best Lawyers in America© in the Mergers and Acquisitions Law Section since 2012 and Corporate Law Section since 2013. He was elected a Fellow of the American Bar Foundation in 2022. Mr. Rudoy was selected to the 2015-2016 Pennsylvania Super Lawyers (Thomson Reuters) lists for Energy & Natural Resources. He has also been named in the Pittsburgh Business Times Who’s Who in Energy.

Publications/Presentations
Mr. Rudoy has been published and lectures frequently on topics including energy and business law issues before professional, civic, and scholastic organizations as well as in-house audiences in the energy industry.