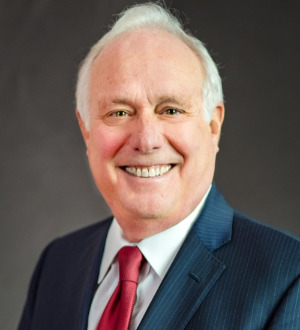 Bruce Meller has been a partner at Peckar & Abramson since 1979. He has been described by The Legal 500 : United States as “exceptional, with strong trial and arbitration experience” and “the epitome of the construction litigator, who understands a company’s needs and goes out to get results.”

He has been responsible for many of Peckar & Abramson’s most significant cases, as well as the negotiation of complex contractual relationships and the drafting of standard forms of agreement, which are used on a national basis. Mr. Meller was lead counsel in an arbitration involving claims in excess of $130 million arising out of building and civil construction work for a train system in the Commonwealth of Puerto Rico, which lasted 84 hearing days. He was lead trial counsel and negotiated a $59 million dollar settlement on behalf of a design-build contractor with the Puerto Rico Electric Power Authority. Another matter on behalf of a construction manager involved claims in excess of $60 million, which lasted more than 75 hearing days. An engineering, procurement and construction (EPC) matter resolved at trial for sums in excess of $100 million. Many of his jury trials have lasted over one month and up to four months in length, resulting in numerous multimillion-dollar verdicts. Mr. Meller’s cases have resulted in more than a dozen published decisions. He has also been admitted to practice pro hac vice throughout the United States and in Puerto Rico.