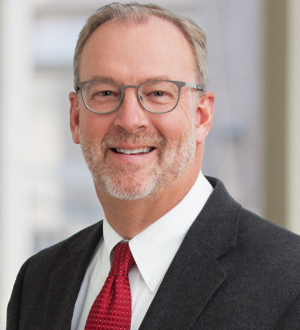 Recognized by Best Lawyers® since 2007.
11 South Meridian Street Indianapolis, Indiana 46204-3535
(317) 236-1313
|
Firm: Barnes & Thornburg LLP
|  Website
Edit Profile
Edit Your Profile
To edit your Lawyer Directory information, please login to your
Best Lawyers® Admin Account.
If you have any questions or need assistance, please contact us at info@bestlawyers.com or 803.648.0300.
Overview
Firm

Years In Practice
Phone Number (317) 236-1313
Bruce D. Donaldson, a partner in Barnes & Thornburg LLP’s Indianapolis, Indiana office, concentrates his practice in the area of municipal finance. Mr. Donaldson serves as bond counsel for counties, cities, towns, and schools to finance public buildings, infrastructure, and other local public improvements through the issuance of tax-exempt bonds. He has served as bond counsel for virtually every type of local public project, with a particular emphasis on local economic development through the use of creative financing vehicles such as tax increment finance and local economic development income tax bonds. He also assists developers and businesses wishing to locate new facilities in Indiana by negotiating state and local incentive packages. He is listed in The Best Lawyers in America® in the area of Public Finance.

Mr. Donaldson has been a regular participant in the legislative process in the Indiana General Assembly. He has drafted, and lobbied on behalf of, various types of legislation affecting local government finance, particularly in the areas of redevelopment law and tax increment finance. An example was the military base reuse statute that Mr. Donaldson drafted on behalf of the Fort Harrison Transition Task Force Corporation. More recently Mr. Donaldson was one of the principal drafters of the enabling legislation that created the Indiana Stadium and Convention Building Authority, which provided the legal avenue for the financing of Lucas Oil Stadium.