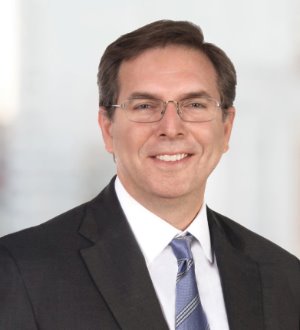 Recognized by Best Lawyers® since 2008.
1001 Haxall Point, 15th Floor Richmond, Virginia 23219
(804) 697-1200
|
Firm: Troutman Pepper
|  Website
Edit Profile
Edit Your Profile
To edit your Lawyer Directory information, please login to your
Best Lawyers® Admin Account.
If you have any questions or need assistance, please contact us at info@bestlawyers.com or 803.648.0300.
Overview
Firm

For more than 20 years, Brooks has helped clients develop and implement compliance assurance programs designed to prevent, detect and deter violations of environmental, health and safety laws. He has been involved in more than 1,000 compliance audits and has independently assessed the effectiveness of internal compliance programs across a range of sectors, including energy, manufacturing, heavy industry and local government.

As an extension of his compliance work, Brooks regularly defends clients in agency and citizen enforcement actions alleging violations of environmental laws, including administrative, civil and criminal proceedings at the federal and state levels.

Over the past decade, Brooks has been involved in some of the largest and most controversial energy projects in the country, including major interstate pipeline permitting actions and appeals and citizen suits attacking coal ash storage and disposal.

Brooks is also a trusted advisor to a variety of federal and state trade associations, and in that role advocates before the EPA and state environmental agencies on pivotal environmental rulemakings and policies.

Brooks has written and spoken extensively on developments arising under the Clean Water Act and other environmental laws, has chaired several national conferences, and has given more than 250 presentations to audiences across the United States and Canada.