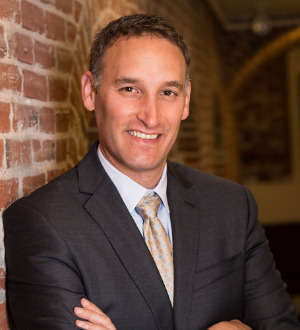 Brian S. Chacker is a seasoned, elite trial attorney. As a partner at Gay & Chacker, Brian almost inevitably will be involved in most every aspect of your personal injury case.  And you are in excellent hands.

Brian has earned an extraordinary representation as a passionate fighter for his clients.  With verdicts reaching $14 Million+ and other top-100 annual verdicts/settlements in the Commonwealth of Pennsylvania, Brian has a well-known and well-earned reputation for results. As early as 2005 (less than five years into his career), Brian was recognized as outstanding among his peers.  For example, in its December issue, Philadelphia Magazine announced Brian as a legal “Rising Star,” labeling him as a leader among the next generation of top attorneys in Philadelphia and surrounding regions. Specifically, Brian was awarded designation as a “Super-Lawyer” by Philadelphia Magazine. During that same time period, Brian was elected head of the community of young lawyers, elected President of the Young Lawyers Division of the Philadelphia Bar Association.   As President, Brian rallied and led the community of over a thousand young lawyers throughout the region. For example, as one of his key leadership initiatives, Brian organized and hosted groundbreaking events to raise funds for at least fifteen top law firms who serve those in need.

As his milestone initiative, for multiple years, Brian brought international celebrities from film and comedy to Philadelphia to headline an annual auction & fundraiser at the Academy of Natural Sciences in Center City, Philadelphia.  Brian organized extraordinary sponsorships from top companies/brands in Philadelphia to provide exciting auction items, such as NFC Champion Eagles tickets. In all, under his leadership, the Young Lawyers Division of the Philadelphia Bar Association achieved ambitious fundraising goals that, as of today, have ensured life-changing legal representation for thousands of citizens. Now, after a decade at Gay & Chacker, Brian clearly is a super-lawyer.

As he has achieved multi-million dollar results for clients, Brian’s verdicts and settlements for clients, along with quotes from Brian, have headlined legal newspapers, including the Legal Intelligencier: the top newspaper for the region’s 15,000+ lawyer community. In addition, Brian has been featured on TV news programs as a legal expert, interviewed, primarily, on trial law and personal injury cases. Based on his success as a top Attorney and a community leader, Firm Managing Partner Ed Chacker, Brian’s father and chief mentor, elevated Brian from associate to Firm Partner.

When you are a client of Gay & Chacker, Brian and Firm Managing Partner Ed Chacker will organize your experienced, elite team of attorneys, paralegals and client experience personnel.  Under Brian and Ed’s leadership, the Firm will manage each step of your case.  You will be protected, and you will feel protected. Along with your team, Brian will spend his time researching and crafting a winning case for you, using his negotiation talents to press for settlement and, always, fighting as a top, experienced trial attorney on every court filing and argument.  Brian has lectured on negotiation and settlement practices for the Philadelphia Bar Association Continuing Legal Education program and fights tirelessly.

He knows that he only wins if you win.

Brian is well-educated.  Brian is a graduate of the University of Pennsylvania with a degree in Communications and an alumni member of the Penn (Club) Boxing Team.  After Penn, Brian received his Juris Doctor law degree from the Villanova University School of Law.  Before attending UPenn and Villanova, Brian studied at and received his high school diploma from Germantown Academy. Before joining Gay & Chacker, Brian received intensive training and development as Intern at the United States Attorney’s Office and, for almost half a decade, as Attorney at two top powerhouse law firms: Fox Rothschild and Blank Rome, both international firms, where Brian focused on a range of law suits and issues. Brian is a member of the Pennsylvania and New Jersey Bars and has protected clients and achieved results in numerous states, including Pennsylvania, New Jersey and Delaware.  Brian concentrates his practice on areas such as personal injury, truck accidents, car accidents, premises liability, pedestrian accidents, and medical malpractice litigation, as well as civil rights cases.