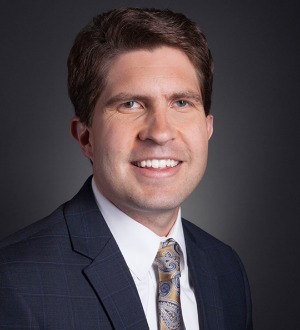 Recognized by Best Lawyers® since 2018.
600 Third Avenue Kingston, Pennsylvania 18704
(800) 760-1529
|
Firm: Hourigan, Kluger & Quinn, PC
|  Website
Edit Profile
Edit Your Profile
To edit your Lawyer Directory information, please login to your
Best Lawyers® Admin Account.
If you have any questions or need assistance, please contact us at info@bestlawyers.com or 803.648.0300.
Overview
Firm

As a Scranton Preparatory School student, 18-year-old Brian McDonnell traveled to Mexico City for one of the most eye-opening and influential experiences of his life. As a participant in a service program called Los Hermanos (“The Brothers”), he spent a month living and working in an orphanage for boys. Attorney McDonnell’s Jesuit education at Prep, and his experience with Los Hermanos in instilled in him a value for social justice and inspired him to pursue law as a profession to serve others in need.

Attorney McDonnell graduated from Scranton Prep in and received a bachelor’s degree in history and political science from Lehigh University in 2002. During his junior year of college, he completed the Washington Semester Program at American University in Washington, D.C., and interned at the Justice Department’s Office of Justice Programs. In his senior year, Attorney McDonnell traveled to Hong Kong and mainland China with Lehigh’s Martindale Center of the College of Business and Economics. There, he met with various government and business leaders and gathered data on the impact of economic restructuring on Hong Kong’s workforce. His research was published in the Martindale Center’s journal Perspectives on Business and Economics. As a President’s Scholar at Lehigh, he earned a tuition-free fifth year in which he pursued a master’s degree in political science, which he received in 2003.

As a part-time job throughout college, Attorney McDonnell worked in collaboration with a child psychologist in the Bethlehem and Easton area, tutoring and teaching studying skills to high school students with learning disabilities.

Following Lehigh, he received a full scholarship to The Pennsylvania State University Dickinson School of Law. While at Dickinson, Attorney McDonnell was a member of the Penn State Law Review. As a law student, he interned at the Governor’s Policy Office in Harrisburg, was a summer law clerk for Judge Peter Paul Olszewski Sr. of the Superior Court of Pennsylvania, and was a Summer Associate at Hourigan, Kluger & Quinn. He also had the opportunity to study abroad via Penn State at the University of Florence School of Law.

Attorney McDonnell graduated from Dickinson in May 2006 and passed the Pennsylvania Bar Examination in July 2006 on his first attempt. After graduating from law school, he chose to return home to Northeastern Pennsylvania and serve the community where he was raised. He began working for HKQ as an associate in August 2006 and has remained there ever since. He is now a principal on the firm’s Personal Injury Team. His practice concentrates on personal injury, auto accidents and medical malpractice cases. Since becoming a lawyer, he has worked exclusively on behalf of accident victims and their families.

In his spare time, Attorney McDonnell has volunteered with the Scranton Council of Literacy Advance (SCOLA)/United Neighborhood Centers as a certified English as a Second Language (ESL) and adult literacy tutor. He and his wife have two daughters and reside in Clarks Summit.