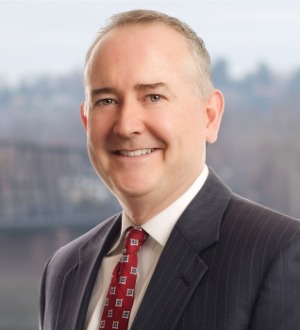 Brian has represented businesses, business owners, educational institutions and various government entities in a variety of disputes, including allegations of contract breaches, challenges to the actions of charitable organizations under Pennsylvania’s Institutions of Purely Public Charity Act, challenges to the taxing authority of Pennsylvania counties, claims under the Employee Retirement Income Security Act (ERISA), claims under the False Claims Act, business torts, violations of federal and state securities laws, and violations of state consumer protection laws.

Brian’s employment litigation experience has seen him successfully represented employers in a variety of wage-and-hour, employment discrimination and sexual harassment claims. He has represented employers in administrative proceedings before the Pennsylvania Human Relations Commission (PHRC) and the Equal Employment Opportunity Commission (EEOC). He has counseled employers under the Family and Medical Leave Act (FMLA), the Fair Labor Standards Act (FLSA), and the Americans with Disabilities Act (ADA). Brian has successfully defended employers and landlords in federal and state court in suits alleging violations of the Pennsylvania Human Relations Act (PHRA), Title VII of the Civil Rights Act, the ADA, the Age Discrimination in Employment Act (ADEA), and the Employee Retirement Income Security Act of 1974 (ERISA).

Brian is active in pro bono matters, representing indigent clients in a variety of cases, including immigration claims and claims involving victims of child abuse.