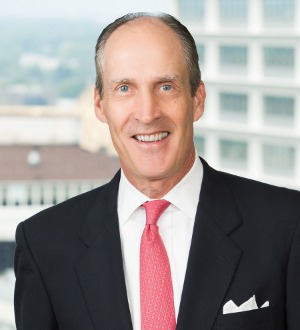 Brian A. Cromer has over 25 years of experience providing pragmatic advice to clients in the corporate practice and business matters, and he loves the challenge and satisfaction that come from helping clients achieve their business objectives. He has represented some of the largest companies in the U.S. and in the international arena in corporate transactions and legal disputes, including mergers and acquisitions, corporate finance transactions, venture capital and private equity investments and corporate governance matters. Brian's broad range of experience includes providing and organizing a variety of legal services for companies at all stages, from large public companies to middle market businesses to new ventures. He has represented clients in numerous business transactions where the individual deal value ranged from $25 million to $1 billion or more.

Before attending law school, Mr. Cromer worked as a commercial banking officer for a major financial institution. Mr. Cromer has served in a number of civic and professional organizations relating to his practice. Mr. Cromer is a member of the Board of Directors of Greater Louisville, Inc. where he has served on the Executive Committee and held the office of Secretary. He also chairs the Greater Louisville, Inc. Task Force on Tax Reform. Mr. Cromer served on the Board of Trustees of the University of Louisville where he was the Secretary and Treasurer of the board and Chair of the Finance Committee. He is a member and former President of The Lawyers Club. He is a former member of the Board of Trustees of Kentucky Wesleyan College and he served as a member of the Steering Committee of 21st Century Parks, a non-profit organization that acquired and developed Floyds' Fork, which has 4,000 acres of parkland in Metro Louisville. He is a former Chair and Vice-Chair of the Business Law Section of the Louisville Bar Association, and a former board member of the Kentuckiana Minority Business Council and The Cabbage Patch. Mr. Cromer is also a graduate of the 2006 class of Leadership Louisville. Brian enjoys thoroughbred horse racing, golf, college sports and playing the piano.