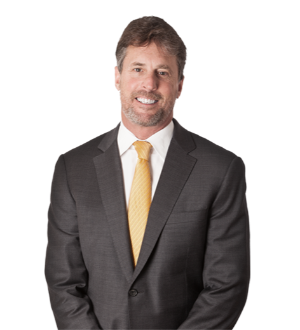 Brad D. Kaufman is the Vice President and Treasurer of Greenberg Traurig. He is also Co-Chair of the Securities Litigation Group and leads the firm’s Associate Development Program.

He focuses his practice on securities litigation and regulatory actions and has represented virtually every major broker/dealer in virtually all aspects of their business, including traditional litigation in state and federal court as well as arbitrations.

Brad has defended both securities class actions and shareholder derivative claims. He has appeared as counsel in securities cases in most of the Federal Circuit Courts in the United States as well as before the United States Supreme Court. He has represented his clients in regulatory proceedings, arbitrations and administrative actions before FINRA, the New York Stock Exchange, National Association of Securities Dealers, Commodity Futures Trading Commission, National Futures Association, American Stock Exchange, Philadelphia Stock Exchange and the Securities and Exchange Commission.

Brad has been listed as a “Top Lawyer” by the South Florida Legal Guide from 2009-2013 and has been selected by Super Lawyers magazine since 2006. He is rated AV® Preeminent™ 5.0 out of 5* and has been listed in Best Lawyers in America from 2008-2014. Brad was also listed in Chambers & Partners USA Guide, an annual listing of the leading business lawyers and law firms in the world, from 2007-2008. He frequently speaks at Securities Litigation and Arbitration Conferences, including the Practicing Law Institute, The American Conference Institute and many others.

Brad received his J.D. from Stetson University College of Law and his B.S. from Florida State University.