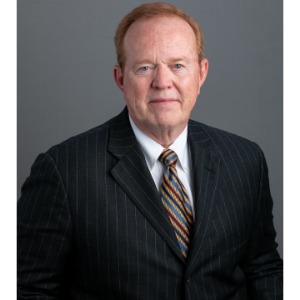 "Their expertise in their field is matched only by their enthusiasm to help us succeed in ours. Foresight, execution, responsiveness and success are hallmarks of our experience with Bill Hulsey and his team."- Dr. Charlie D., Rochester, NY to Bill Hulsey Patent Lawyer (2019)

"Thank you all Sooo much! I can't imagine being on this journey with anyone else. I look forward to continuing to work with you all for years to come!"- Ian P., Austin, TX to Bill Hulsey Patent Lawyer (2018)

"Mr. Hulsey is an outstanding professional. He is straight-forward and knowledgeable. He has tremendous experience in US and international IP issues. Bill and his staff are quickly responsive and take the time to explain the hows and whys of IP law. At the USPTO in DC, he is engaging and expert. I have experience with other firms, Hulsey is by far the most able."- Mark A., Houston, TX to Bill Hulsey Patent Lawyer (2017)

Mr. Hulsey serves as a Global Fellow of the IC2 Institute of the University of Texas at Austin and has served on the Board of Directors for the Central Texas Regional Center for Innovation and Commercialization (RCIC), as well as over five years on RCIC Selection Committees in the Central Texas. Mr. Hulsey has served on the Selection Committee for the Central Texas Regional Center for Innovation & Commercialization under The State of Texas Emerging Technology Fund Program. In 2011, Bill wrote the submission to the U.S. Patent & Trademark Office for the City of Austin to receive a USPTO Satellite Office, which assisted in Texas’ successful selection for the new U.S. Patent Office in Dallas, Texas.   For the internationally recognized Idea to Product (I2P®) Global Competition, which was started at the University of Texas at Austin, he has served as a finalist judge for competitions at University of Lisbon, Portugal [2010], the Royal Technical University of Stockholm, Sweden [2011 & 2012] and Universidade Federal de Juiz de Fora of Sao Paolo, Brazil [2013 & 2014]. Presently, Mr. Hulsey serves as an adjunct professor at St. Edward’s University’s Bill Munday School of Business teaching Digital Media Law to M.B.A. students.

William Hulsey has successfully completed graduate level training and education in engineering as a U.S. Navy nuclear engineer and submarine officer, economics through a M.A. in Economics from The University of Virginia and continuing Ph.D. studies at the University of North Texas, and law through a J.D.  from The Vanderbilt School of Law. As an Attorney, is the founder of HULSEY PC and practices in Austin, Texas and  Memphis, Tennessee. Prior to practicing law, Mr. Hulsey was a commissioned Naval Officer, attaining the rank of Lieutenant Commander in the U.S. Navy Nuclear Submarine Force.   Mr. Hulsey holds a J.D. from the Vanderbilt School of Law where he was Senior Managing Editor of the Vanderbilt Law Review and graduated Order of the Coif; a Masters Degree in Economics from the University of Virginia focusing on technology industry economic development; and a Bachelor of Science in Mathematics from Rhodes College, where he graduated With Distinction.  On September 19, 2016, in collaboration with the Austin Chamber of Commerce and the Texas Regional Office of the USPTO, Bill led the organization and presentation of “Patent Reform Five Years On: A Review of the America Events Act” highlighting changes in IP law and practice since the 2011 enactment of the Leahy-Smith America Invents Act, including the establishment of the AIA Pro Bono Inventor Assistance Program.

At Rhodes College, Mr. Hulsey recently completed (10/2015) a three-year term on The Rhodes College Alumni Executive Board and is helping his alma mater with spawning new entrepreneurial ventures from the student body, as well as throughout the Memphis and Mid-South communities, by sponsoring and judging the College’s annual Entrepreneurship Club’s Business Plan Competition.   Bill, in earning his Masters of Arts degree in economics from the University of Virginia, studied mathematical and theoretical economics and focused his graduate thesis an econometric model on essential factors determining the growth of regional technology centers, such as Austin, Texas; Research Triangle Park, North Carolina; the Route 128 Area near Boston, Massachusetts; and Silicon Valley, California.   He is admitted to practice before the United States Supreme Court, The Court of Appeals for the Federal Circuit, and The United States Federal District Court for the Northern & Western Districts of Texas, and all Texas courts.