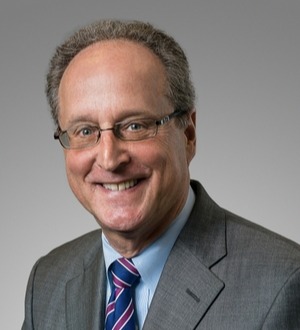 Mr. Clair is widely recognized as one of a handful of elite New York divorce lawyers.  While Mr. Clair is skilled at all facets of client advocacy and representation, it is his skill as a trial lawyer and his command of the courtroom that sets him apart.  Mr. Clair has a unique ability to communicate and effectively advocate on behalf of his clients in both financial and custodial matters.  On account of his courtroom experience, he is an effective negotiator and many of Mr. Clair’s cases result in favorable settlements without full blown litigation.

Mr. Clair’s litigation achievements on behalf of his clients have helped shape the matrimonial law in this state and the holdings of his cases have become the standard upon which many subsequent cases are evaluated.

Mr. Clair is a Fellow of the American Academy of Matrimonial Lawyers.  He served for more than a decade as Chairman of the Editorial Board of the New York Family Law Monthly, published by American Lawyers Media, and has regularly lectured and published to the legal community.  In August 2018, Mr. Clair was again selected for inclusion in the The Best Lawyers in America for his work in Family Law.  He has received this honor for the last 14 years.  He has also co-authored three books for the lay public involving important matrimonial law issues.  Mr. Clair receives Martindale-Hubbell’s highest ratings for both legal ability and ethical standards and has been consistently selected as a “Super Lawyer” by Super Lawyers Magazine and as one of New York’s “Best Lawyers” by New York Magazine.  On March 13, 2017, Mr. Clair was acknowledged by the New York Post as “the top divorce lawyer in the world.”  In December, 2018, Mr. Clair was also named as one of “the top 20 lawyers for divorces…” by The Hollywood Reporter in its annual “Trouble Shooters” list. He has been profiled by and recognized as one of the leading divorce lawyers in this State by numerous publications over the years.

In establishing Cohen Clair Lans Greifer Thorpe & Rottenstreich LLP, of which is he Co-Chairman, Mr. Clair brings his years of experience in every facet of family law to a setting where the focus remains on efficient, responsive and creative representation, whether it be within the context of complex litigation or sensitive, private negotiations.

Mr. Clair graduated from St. John’s University School of Law in 1976 and attended Adelphi University as an undergraduate where he became an All American in lacrosse.  He was selected as Adelphi University’s “Alumnus of the Year” in 2014.  He received the prestigious Belson Medal Award for being an outstanding alumnus of St. John’s Law School in 2019. Mr. Clair lives with his wife in New York City.