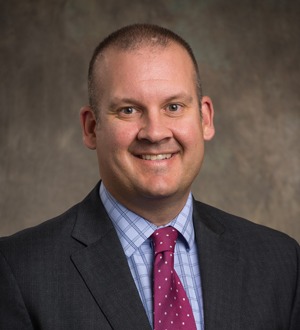 Named a top attorney in his field, Ben joined the firm Fishel Downey Albrecht & Riepenhoff LLP in 1999.  He became a partner in 2008. Always willing to “go the extra mile,” this avid cyclist and runner has been known to join clients in a bike ride or marathon. This philosophy has earned him the respect of clients, peers and even opposing counsel.

Ben advises cities, townships, counties and public officials throughout Ohio on all labor and employment law issues, including the preparation of municipal civil service rules, employee handbooks and policies for various jurisdictions. He also represents employers in collective bargaining and in administrative matters before various state, local and administrative agencies including the Ohio Civil Rights Commission, Equal Employment Opportunity Commission, State Employment Relations Board and State Personnel Board of Review.

Being an effective attorney is about being a true business partner.

For Ben, being an effective attorney means much more than responding to legal inquiries – it’s about seeing the big picture and considering client goals. Ben strives to help clients resolve issues in order to maximize employee potential while also meeting changing business and economic conditions.

On the Personal Side

A four-year varsity letter winner in baseball, Ben and his wife are the proud parents of a daughter and a son.