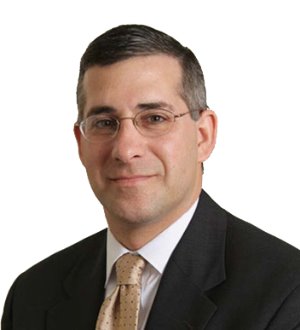 Ben has an active litigation practice, appearing in federal and state courts throughout South Carolina, in both single plaintiff and collective actions, and appearing frequently before the U.S. EEOC, DOL and NLRB. From the beginning of his legal career, Ben has been involved in cutting edge litigation, forming part of the trial team that defended the first ADA case that went to trial in the District of South Carolina, which resulted in a defense verdict. He has continued to have an active litigation practice, handling multiple cases through trial, as well as regularly handling arbitrations for his clients. He also counsels clients about employment policies and compliance with state and federal employment laws.

Ben also maintains a traditional labor practice, assisting clients with labor campaigns, collective bargaining negotiations, grievance arbitrations, and unfair labor practice charges. Recently, Ben had the opportunity to combine his two practices when he briefed all arguments before the United States District Court for the District of South Carolina and the United States Court of Appeals for the Fourth Circuit during the successful challenge to the National Labor Relations Board’s Notice Posting Rule brought by the South Carolina Chamber of Commerce and the Chamber of Commerce of the United States.

As an experienced litigator who understands what is involved in taking a case to trial, Ben approaches every case with the same focus on being prepared for the worst, while working with his clients to find practical and creative paths to an earlier resolution. Ben also recognizes that employment issues and litigation are only a part of the business experience for his clients, and he strives at all times to be an advisor and business partner, rather than a hired gun. While he is prepared to take every case to trial, he recognizes that the best resolution for his client rarely involves going that far.
What legal services does this lawyer offer?
Employment Law - Management
Education
Graduated
College of Charleston, BA
Contact Details and Office Locations
Office: (843) 853-1300
211 King Street, Suite 200
Charleston, South Carolina 29401
Charleston, South Carolina 29401
See Location