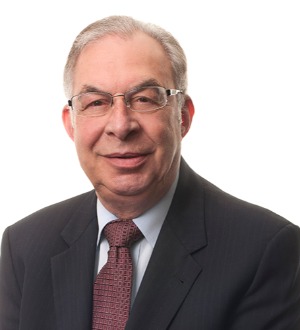 Recognized by Best Lawyers® since 2013.
18565 Jamboree Road, Suite 800 Irvine, California 92612
(949) 705-3000
|
Firm: Littler
|  Website
Edit Profile
Edit Your Profile
To edit your Lawyer Directory information, please login to your
Best Lawyers® Admin Account.
If you have any questions or need assistance, please contact us at info@bestlawyers.com or 803.648.0300.
Overview
Firm

Benjamin E. Goldman has concentrated on representing management in matters of labor and employment law since he began his career as attorney adviser to the chairman of the National Labor Relations Board more than 35 years ago. Appearing regularly in California state and federal courts and before the National Labor Relations Board, the Equal Employment Opportunity Commission, the Department of Fair Employment and Housing, and the California Labor Commissioner, he handles arbitration and mediation and litigates claims arising under:

Benjamin has over 40 years of experience representing hospitals, hotels and manufacturers in collective bargaining negotiations, and he has extensive experience helping foreign corporations to comply with federal and state employment laws. He also works with a wide spectrum of foreign and domestic corporations, institutions and associations in the following industries:

He also advises and counsels employers on discrimination issues, compliance, and a number of other issues involving the employment relationship.

Benjamin has written and lectured to groups throughout the country on numerous labor and employment law issues, including sexual harassment in hospitals, the legal limits of polygraphs and drug testing, and the avoidance of union-related labor problems.