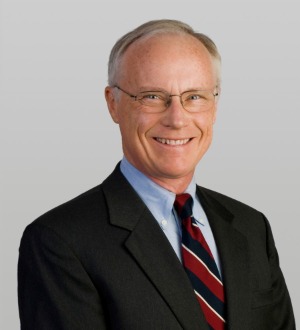 Barry W. Marr has been representing management in all aspects of labor and employment law for more than 25 years in Honolulu.  Before beginning private practice in Hawaii, Mr. Marr served as Counsel to the Chair of the National Labor Relations Board in Washington, D.C. from 1974 to 1976.

Mr. Marr has extensive experience in labor relations.  In addition to representing employers in more than 250 cases before arbitrators and administrative agencies, he has served as both spokesperson and as counsel in collective bargaining negotiations.  He has also represented employers in litigation involving secondary boycotts, unlawful picketing, antitrust and defamation charges during strikes, picketing and secondary boycotts, and has obtained injunctions in federal court against picketing and strikes.

Among other notable cases he has handled, Mr. Marr was retained to represent the State of Hawaii and its counties in a class action lawsuit alleging sex discrimination in compensation.  He was also retained by the United States District Court for the District of Hawaii to represent the Court in a mandamus action before the Ninth Circuit involving federal labor law issues.

Mr. Marr has served as an adjunct professor at the University of Hawaii School of Law and has lectured on labor and employment law matters in Hawaii and on the mainland.

Mr. Marr received a Citation from the NLRB for Sustained Superior Performance; he has been recognized in The Best Lawyers in America for the past ten years; he is listed in America’s Leading Business Lawyers; and he is a Contributing Editor of The Developing Labor Law, published by the Bureau of National Affairs.