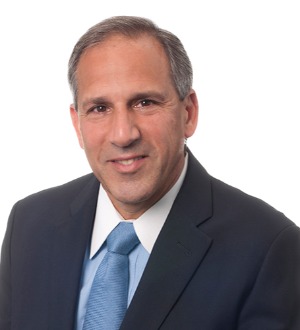 Recognized by Best Lawyers® since 2007.
321 North Clark Street, Suite 1100 Chicago, Illinois 60654
(312) 372-5520
|
Firm: Littler
|  Website
Edit Profile
Edit Your Profile
To edit your Lawyer Directory information, please login to your
Best Lawyers® Admin Account.
If you have any questions or need assistance, please contact us at info@bestlawyers.com or 803.648.0300.
Overview
Firm

Barry A. Hartstein has earned a national reputation for a career that includes more than 30 years of counseling and representing employers in a broad range of labor and employment matters. He is a frequent writer, commentator and lecturer on workplace issues. He also has extensive experience as a litigator and has defended employers nationwide in individual and class action claims and wage and hour collective actions. He has particular expertise dealing with the EEOC on both a local and national level, which included a recent invitation by the EEOC Chair to address the Commission at a recent meeting in Washington D.C. on the legal standards governing employers’ consideration of criminal arrest and conviction records.

His clients include employers in:

Barry also serves in numerous leadership roles for Cornell University's  ILR School.  Founded as the School of Industrial and Labor Relations, the ILR School today is the world's leading college focused on work, employment and labor issues. In addition to his position on the Dean's Advisory Council and as a board member of the Scheinman Institute, which is the first institute exclusively focused on the study and practice of workplace dispute resolution, he recently completed his term as president of Alumni Association.

Barry has served for many years in a national leadership role for the American Bar Association in its section devoted to labor and employment law focusing on EEO issues, including previously serving as Management Co-Chair of the Equal Employment Opportunity Committee. In this role, he has worked closely with various chairs and other members of the Equal Employment Opportunity Commission, aside from serving as a liaison between the Chicago bar and the EEOC’s Chicago District Office, facilitating communication between members of the bar and the EEOC on both a local and national level.

A shareholder in Littler Mendelson's Chicago office, Barry heads the Equal Employment Opportunity Commission’s core practice group, which is part of the firm's Discrimination and Harassment practice. Prior to joining Littler, Barry was the managing partner of the Chicago office of a major AM Law 100 Firm, where he also served as Chicago practice leader for the firm's labor and employment practice.