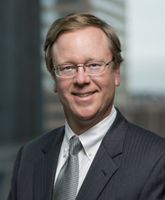 Axel Bolvig focuses his practice on construction law and government contracts. He joined Bradley after earning engineering and law degrees from Duke University.

He has represented some of the nation’s largest and most successful federal contractors on projects throughout the country. For example, he has handled claims and counseled clients on federal hospital projects in Atlanta, Baltimore, Bay Pines (FL), Birmingham, Cape Coral (FL), Dallas, Detroit, Fort Bragg (NC), Fort Hood (TX), New Orleans, Northport (NY), Orlando, Palm Beach, Philadelphia, San Antonio, and West Haven (CT). He has extensive experience representing contractors to the General Services Administration, Army Corps of Engineers, Departments of Defense, Federal Aviation Administration, Federal Bureau of Prisons, Federal Highway Administration (through the states), NASA and the Department of Veterans Affairs, among others. These projects include federal courthouses, medical centers, correctional institutions, the federal “Supermax” prison (at Florence, Colorado), airport infrastructure projects, data centers, military barracks, a facility for disassembly of sarin gas bombs, and a testing facility for NASA’s next mission to Mars. Many of these matters involved claims in excess of $10 Million, and two of them involved nine-figure claims or requests for equitable adjustment. He has extensive experience in subcontractor matters, including pass-through claims, terminations and litigation.

Outside of the federal arena, he has represented contractors, owners and sureties in a variety of matters across the country. His experience includes negotiation of fixed price, GMP, design-build, EPC and IPD contracts. It includes counseling on matters of contract administration, such as preservation of contract rights, adherence to applicable laws and avoidance of claims. He has assisted clients with loss mitigation, including pursuit of claims and coverage under builder’s risk and commercial general liability policies. Representative projects include healthcare facilities for a children’s hospital system, power plants, steel manufacturing and processing facilities, engine and automobile manufacturing facilities, paper mills, hotel and retail developments, underground mining construction and the largest golf course project ever constructed in the United States.

He is experienced in the resolution of private sector and government contract disputes, in mediation, arbitration, and litigation in state and federal courts and before administrative tribunals.