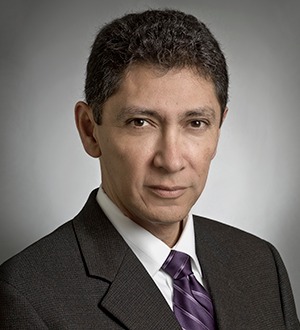 Recognized by Best Lawyers® since 2008.
425 Market Street San Francisco, California 94105-2482
(415) 268-7000
|
Firm: Morrison & Foerster
|  Website
Edit Profile
Edit Your Profile
To edit your Lawyer Directory information, please login to your
Best Lawyers® Admin Account.
If you have any questions or need assistance, please contact us at info@bestlawyers.com or 803.648.0300.
Overview
Firm

Arturo González is chair of Morrison & Foerster’s Commercial Litigation and Trial Practice Group and a former co-chair of our Litigation Department. He is a trial lawyer who specializes in high-stakes, bet-the-company litigation.

Mr. González has successfully defended three trials where the plaintiffs sought more than $1 billion in damages, including a trade secrets case on behalf of Cypress Semiconductor Corporation. That lawsuit was filed by Silvaco Data Systems, and when the case did not settle, Cypress turned to Mr. González to try it. In another, he represented a national bank in a class action trial. The bank prevailed on all claims but one and the California Supreme Court ruled in favor of the bank on that claim. His third billion-dollar case was representing a former member of the Oakland-Alameda County Coliseum board of directors sued for fraud by the Oakland Raiders. The jury returned a defense verdict for the director.

Judges have praised Mr. González’s trial skills: “the quality of written work product . . . was of the highest level,” and “the trial advocacy skills were superior.” Another judge described his trial skills as “phenomenal.”

Mr. González has been consistently recognized by his peers and in legal publications. He was honored in The National Law Journal’s 2009 “Winning” Special Report, which recognizes 10 of the country’s top trial lawyers. From 2010-2014, he was selected as one of the country’s top 30 trial lawyers by Legal 500 US, which described Mr. González as “[i]ncredibly impressive on his feet, great storyteller to the judge and jury, highly experienced,” and a “great leader.”Chambers USA recommends Mr. González as a general commercial litigator, noting that he is “[a] great advocate who quickly establishes a rapport with judges and juries.”

Mr. González is an associate with the American Board of Trial Advocates (ABOTA), and he served as the 2010 President of the Bar Association of San Francisco.