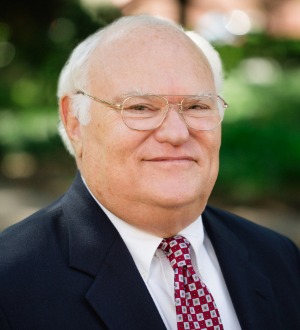 Years In Practice
Phone Number (912) 236-0261
Arnold Young is a partner in the Savannah office and has a general trial practice. Arnold has experience in major defense cases involving products liability, medical malpractice, pharmaceuticals, and truck and crane casualties. He also has extensive experience in insurance law. Arnold is a former Assistant U.S. Attorney for the Middle District of Georgia and a former lieutenant in the U.S. Navy Judge Advocate General’s Corps. He is general counsel to HunterMaclean.

Arnold received his B.B.A. in Accounting in 1963 and his LL.B. in 1965 from the University of Georgia. As an undergraduate at Georgia, he was a member of Phi Alpha Delta.
What legal services does this lawyer offer?
Business Interruption
Insurance Law
Medical Devices
Personal Injury Litigation - Defendants
Pharmaceutical
Product Liability Litigation - Defendants
Awards