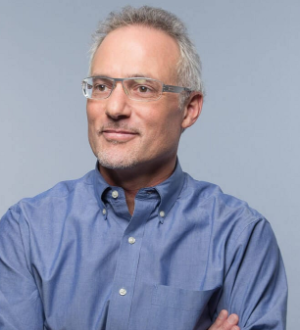 Years In Practice
Phone Number (877) 645-2313
Antonio Ponvert III focuses on civil rights, constitutional law, prisoner rights, police misconduct, product liability, wrongful death, catastrophic personal injury, and other complex individual and class action cases in Federal and State courts in Connecticut and across the nation. He has represented plaintiffs in hundreds of high profile lawsuits, and has argued more than 40 appeals in State Appellate and Federal Circuit Courts.Since joining Koskoff Koskoff & Bieder in 1999, he has achieved record-breaking verdicts and settlements on behalf of inmates and victims of police abuse, including the largest amount ever paid in Connecticut ($3.2 million) for the death of an unmarried man without heirs, $1 million for the asphyxiation death of a paranoid schizophrenic prisoner, $1.6 million for a man shot to death by a New Milford police detective, $1 million for the suicide of a mentally ill young man, and a $250,000 verdict against a Department of Correction captain for punching a prisoner in the face one time.  In 2013, Ponvert earned more than $50 Million dollars in verdicts for his clients, including a $41.5 Million verdict (the second largest in Connecticut history) for a young woman who contracted encephalitis on an overseas school trip, and $9.3 Million for a victim of a hospital overdose.  Among Attorney Ponvert's current cases, he represents the surviving family of a young man shot to death by a Bridgeport police officer, a mentally disabled young man who was sexually assaulted by a teacher at a residential facility, and a police officer who suffered permanent injuries in a near fatal car wreck.  For more than a decade, he represented the Guardians Black Police Officers Association against the Bridgeport Police Department in one of the longest-running employment discrimination cases in the Nation.In recent years, Atty. Ponvert obtained a $2.5 million settlement in a long-running lawsuit brought by 18 female employees of the Connecticut Department of Correction alleging hostile work environment, sexual harassment, and discrimination. He also represented the families of a number of mentally ill men who died while in the custody of the Connecticut Department of Correction and the Department of Mental Health and Addiction Services. And, he represented the victim of a sexual assault in a suit against a national property management company for negligent security. In 2010 he achieved a record-breaking settlement ($5 million) against the maker of Skoal and Copenhagen chewing tobacco on behalf of the surviving wife of a victim of tongue cancer.In 2005, Attorney Ponvert represented the father of Michael Ross, the first man executed in the State of Connecticut in 45 years. In two separate cases, spanning a period of five months, Attorney Ponvert sued the State to prevent the execution, and he brought and defended appeals in the Circuit Court and the U.S. Supreme Court.Attorney Ponvert is on staff at Gerry Spence's Trial Lawyers College in Dubois, Wyoming. He has also lectured and written on constitutional law, civil rights, prisoner rights, and class actions. Areas of Practice Civil Rights Class Actions Premises Liability Product Liability Bar Admissions Pennsylvania, 1990California, 1992Connecticut, 1997U.S. District Court Eastern District of Pennsylvania, 1991U.S. District Court Northern District of California, 1991U.S. District Court Southern District of California, 1993U.S. District Court District of Connecticut, 1997U.S. Court of Appeals 2nd Circuit, 1997U.S. Court of Appeals 6th Circuit, 2000U.S. Court of Appeals 11th Circuit, 2000U.S. Court of Appeals 4th Circuit, 2001U.S. Court of Appeals 1st Circuit, 2001U.S. Court of Appeals 10th Circuit, 2001U.S. Court of Appeals 3rd Circuit, 2001U.S. Court of Appeals 9th Circuit, 1993U.S. Supreme Court, 2002 Honors and Awards Order of the Coif Martindale-Hubbell Rates AV Professional Associations and Memberships American Civil Liberties Union, Cooperating Attorney Connecticut Civil Liberties Union, Cooperating Attorney Past Employment Positions Trial Lawyers College, Dubois, Wyoming, Staff, 2008 - Present Judge Edmund V. Ludwig, U.S. District Court, Eastern District of Pennsylvania, Law Clerk, 1990 - 1991
What legal services does this lawyer offer?
Civil Rights
Personal Injury Litigation - Plaintiffs
Awards