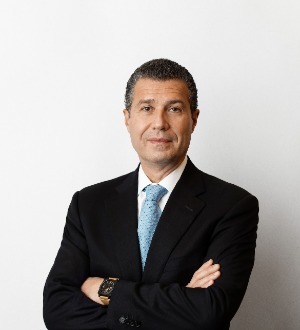 Antonio M. Romanucci is a principal and partner in the Chicago based law firm of Romanucci & Blandin, LLC, where he focuses his practice on catastrophic personal injuries arising from medical malpractice, construction and other workplace accidents, nursing home negligence, aviation disasters and police misconduct cases, including civil rights actions. His passion for fighting on behalf of injured victims and their families was sparked when his best friend from high school suffered a fatal brain injury playing football. That personal tragedy has cemented Mr. Romanucci’s commitment to fight for the rights of those hurt by accidents, and for people seeking justice.

Within his firm, Mr. Romanucci strives to serve clients with passion and preparedness. That approach has helped the firm obtain dozens of verdicts and settlements for its clients in excess of $1 million, including a $30 million settlement on behalf of a brain injured child, $22.3 million award in a 2009 medical malpractice case and $18 million award in a police misconduct case.

Mr. Romanucci has been widely recognized for his insight and experience in traumatic brain injuries, police brutality and related legal issues.  He has been named a ‘Top 100 Super Lawyer’ for 11 straight years in Illinois, a ‘Leading Lawyer’ since 2004, and was named a ‘Best Lawyer’ for 2013 through 2017 by U.S. News and World Report.  He maintains a perfect Martindale-Hubble AV rating and an AVVO rating of 10/10.  He was recently selected by his peers for inclusion in the 2017 edition of The Best Lawyers in America©.

Mr. Romanucci’s vast experience has earned him the admiration of his colleagues who have supported his rise to leadership positions, such as his recent appointment as the Chair of the Police Misconduct Litigation Group and Vice-Chair of the Traumatic Brain Injury Litigation Group for the American Association for Justice (AAJ), the world’s largest trial bar dedicated to victim’s rights.

Outside the courtroom, Mr. Romanucci participates in many professional and charitable organizations. He is a founding chairman of the Midwest Brain Injury Clubhouse, which is devoted to optimizing the lives and recovery of people affected by brain injuries or strokes. He is also a member of the American Association for Justice and the Illinois Supreme Court Rules Committee He is also the founder of the Justinian Society of Lawyers Charitable Endowment Fund, where thousands of dollars annually are awarded to needy organizations.

Mr. Romanucci earned his Bachelor of Arts in psychology from the University of Wisconsin in 1982 and earned his law degree from John Marshall Law School in 1985. He is licensed to practice law in Illinois and before the U.S. District Court for the Northern District of Illinois along with numerous other pro hac vice admissions throughout the country.