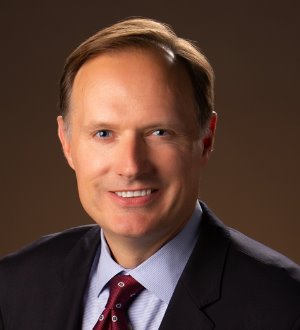 Tony Patterson has extensive experience representing personal injury victims and wrongful death survivors throughout Indiana and the Midwest.  Mr. Patterson’s personal injury practice includes diverse concentrations in areas such as automobile and trucking accidents, medical malpractice, mass torts and all other areas of the firm’s injury practice. Mr. Patterson has obtained numerous million dollar verdicts and settlements on behalf of his clients, including working to obtain compensation on behalf of the victims of the Indiana State Fair Sugarland Stage Collapse, litigation in which he has served as Plaintiff’s liaison counsel.

Mr. Patterson is listed as an Indiana Super Lawyer in the area of personal injury law and has been named a Top 50 Indiana Lawyer for the past ten consecutive years.   Mr. Patterson has received an “AV” Rating by Martindale Hubbell and was named the 2007 Indiana Trial Lawyer of the Year by the Indiana Trial Lawyers Association. Mr. Patterson is also in the Best Lawyers in America in personal injury law and was designated by Best Lawyers as 2020 Indianapolis Personal Injury Lawyer of the Year.

Mr. Patterson competed as an accomplished athlete while playing basketball at L&M High School in Lyons, Indiana, and collegiately at Purdue and SMU. While in high school, he was runner-up in voting for Indiana’s Mr. Basketball award and was featured in Sports Illustrated magazine. He was named a Converse All-American and was a member of the Indiana All-Star team. When at Purdue, his Boilermakers won the 1987 Big Ten Conference and at SMU, his Mustangs won the 1988 Southwest Conference and he was named academic All-Southwest Conference.