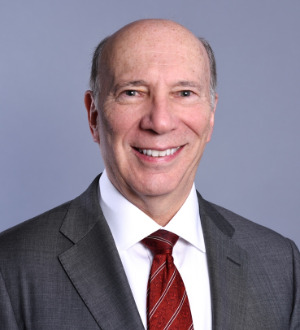 Tony Sola has become a successful and highly sought-after trial attorney for one primary reason: exceptionally strong advocacy skills. His ability to synthesize complex information into clear and concise terms that jurors can understand sets him apart in the courtroom. His straight-talking communication style, coupled with his very effective cross-examination techniques, confer upon him a high level of credibility with jurors - a factor that is essential at trial. With more than four decades of trial experience, coupled with a deep understanding of the law and a dogged interest in the most minute details of his cases, Tony, who has tried close to 100 cases to conclusion, has prevailed in an impressive 91% of his trials.

His 40+ years of experience include:

• Litigating hundreds of lawsuits in both federal and state courts, representing physicians and hospitals in high exposure cases.

• Representing three of the major teaching hospitals and individual physicians in the New York area in a broad spectrum of cases, with specific emphasis on claims involving obstetrics, neurologically injured children, cancer, and surgery.

• Serving for more than 20 years as partner in charge of the Firm’s litigations for one of the nation’s largest healthcare systems.

• Served as lead counsel to the American Psychiatric Association in New York.

Tony’s extensive awards and accolades demonstrate why his skills are in such high demand. He is a Fellow of the prestigious American College of Trial Lawyers; has been recognized in The Best Lawyers in America© since 1999 for Defendants: Medical Malpractice Law, Professional Malpractice Law, and Personal Injury Litigation; has been selected to the New York Super Lawyers list every year from 2006 to present; and has been rated AV Preeminent® by Martindale-Hubbell®, their highest rating, for over 33 years. Tony is also the recipient of the Best Lawyers® 2017 “Lawyer of the Year” award for Medical Malpractice–Defendants in New York City.

Besides trying cases, Tony’s practice includes developing and presenting risk management strategies to physician groups and hospitals. He is a frequent lecturer and writer on medical litigation subjects, having contributed to The New York Law Journal and Medical Economics. He also teaches practicing attorneys on the subject of trial advocacy skills as part of their Continuing Legal Education requirements. He also served as a member of the Firm’s three partner Executive Committee for over 18 years.

Association of the Bar of the City of New York