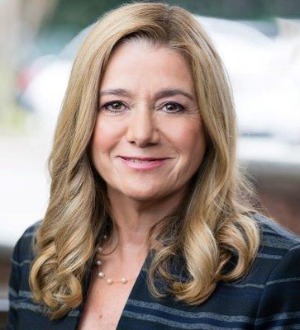 Annamarie Bondi-Stoddard, Esq. is the managing partner of Pegalis Law Group, LLC in Lake Success, NY.  She is recognized with only 1% of all attorneys in New York State as a "Lawyer of the Year" for Plaintiffs Medical Malpractice! She represents patients in medical negligence cases including on women’s health issues, children’s birth injuries, cancers, surgical and neurosurgical cases, and medical specialty cases where negligence is involved. Over the last 30 years, she has developed an encyclopedia-like knowledge of medical terms, and is leading advocate of being a proactive patient. She lectures on patient safety and medical malpractice for community groups and law industry professionals.

Bondi-Stoddard received a recognition that less than 1% of all attorneys in New York receive. She was named the 2021 'Lawyer of the Year' on Long Island for Plaintiffs Personal Injury Litigation and the 2020 'Lawyer of the Year' on Long Island for Plaintiffs Medical Malpractice by U.S. News-Best Lawyers®. In addition, she is one of only 5% of all U.S. attorneys to be listed in Best Lawyers©, and has been named to the list every year since 2007. In 2019, she received the 'Lifetime Achievement Award' of the Leadership in Law series from the Long Island Business News. She has been recognized as one of the New York Metro Super Lawyers® every year since 2007. She has served as an officer on the New York State Trial Lawyers executive board, as well as Dean of the New York State Trial Lawyers Institute. The Long Island Press honored her with their 'Long Island Power Women in Business Award' in 2018 and 2019. Long Island Business News named her to their Hall of Fame of 'Top 50 Women in Business', as a three-time award recipient. She was also recently named to 'Top Women in Law' by Hofstra University and awarded the 'Corporate Leadership Recognition Award' from United Cerebral Palsy of Nassau. Bondi-Stoddard has been recognized three times in Long Island Business News 'Who’s Who in Women in Professional Services'.