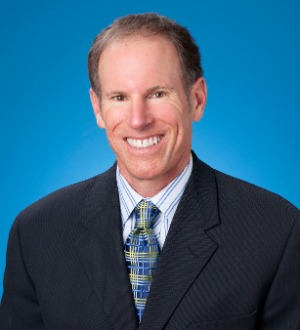 As chair of Pachulski Stang Ziehl & Jones’s post confirmation practice group, Mr. Caine oversees the entire spectrum of claims and avoidance litigation for debtors, creditors committees, trustees, liquidation or post-confirmation trusts, and defendants, from “mega cases” to smaller, individual matters. While many lawyers handle this type of work few, if any, can produce outstanding recoveries for all parties by calling upon the same case experience and litigation background, or utilize the proprietary avoidance and preference claim analysis software that Mr. Caine has helped to develop. He also spends considerable time as “general counsel,” assisting liquidating trustees in the administration of post confirmation estates/corporate wind-downs, and representing individuals and business entities in avoidance and claims litigation defense. He brings an experienced, responsive approach to all such disputes that might result in litigation, and lectures nationally on such topics.

In addition, Mr. Caine has lead responsibility in litigation concerning a variety of business, bankruptcy, and commercial law issues, as well as the representation of debtors, trustees, creditors, and committees in chapter 11 reorganization cases. He handles matters in state and federal courts, with an emphasis on disputes tried in bankruptcy court, including contested reorganization matters.

Mr. Caine has written numerous articles and often lectures nationally on bankruptcy and litigation, and is a past president and former chair and vice president of education of the American Bankruptcy Institute, the world's largest organization of insolvency professionals, with over 12,000 members. He is a member of the Registry of Mediators for the United States Bankruptcy Court for the District of Delaware, and a former member of the Los Angeles Superior Court panel of business law arbitrators. He holds an AV Preeminent Peer Rating, Martindale-Hubbell's highest rating for ethical standards and legal ability, and has been named a "Super Lawyer" in the field of Bankruptcy & Creditor/Debtor Rights every year since 2007 in a peer survey conducted by Law & Politics and the publishers of Los Angeles magazine, an honor bestowed on only 5% of Southern California attorneys. He has been named to Best Lawyers in America in the 2016-2020 editions for the practice area of Bankruptcy and Creditor Debtor Rights/Insolvency and Reorganization Law.

Mr. Caine is a graduate of Northwestern University and received his J.D. from UCLA. Mr. Caine is admitted to practice in California.