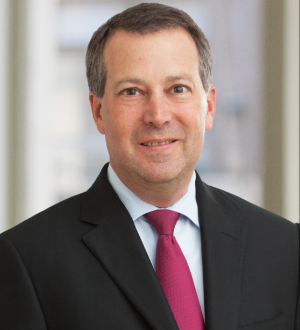 Recognized by Best Lawyers® since 2007.
11 South Meridian Street Indianapolis, Indiana 46204-3535
(317) 236-1313
|
Firm: Barnes & Thornburg LLP
|  Website
Edit Profile
Edit Your Profile
To edit your Lawyer Directory information, please login to your
Best Lawyers® Admin Account.
If you have any questions or need assistance, please contact us at info@bestlawyers.com or 803.648.0300.
Overview
Firm

Andrew J. Detherage is a partner in the Indianapolis and Los Angeles offices of Barnes & Thornburg. Andrew serves on the firm's Management Committee. He is admitted to practice in Indiana and California. He also is co-chair of the firm's Insurance Recovery and Counseling Practice Group, which was named by Law360 as a 'Practice Group of the Year.'

Andrew represents clients in litigated matters throughout the United States and has appeared in courts in more than 35 states. His practice concentrates on insurance coverage matters for policyholders, complex commercial disputes, and toxic torts defense. He currently serves as national counsel for clients in sophisticated insurance coverage litigation, commercial litigation, and toxic tort matters.

In 2015, Andrew represented a global leader in retail real estate ownership, management and development and secured a $204 million jury verdict after a six-week trial relating to flood losses. The verdict included both covered losses and consequential damages in excess of the coverage limits.

Andrew has written papers and spoken at seminars on insurance coverage, expert witnesses, and trial preparation. Since 2007, he has been included in The Best Lawyers in America in the fields of bet-the-company litigation, commercial litigation, construction litigation, personal injury litigation and product liability litigation. In 2017, Andrew was recognized as a "Lawyer of the Year" by The Best Lawyers in America for his work in insurance law. He is also included on the Indiana Super Lawyers list and ranked among the top litigation attorneys since 2011 in Chambers USA. In 2011, Andrew was named a Fellow of the Litigation Counsel of America. In 2015, he was recognized as a Law360 MVP for his work in insurance litigation.