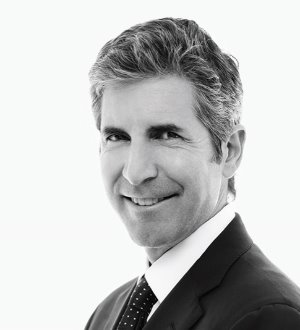 Years In Practice
Phone Number (310) 579-9600
Andrew Hurwitz is a partner and co-Chair of the Entertainment Group at Frankfurt Kurnit and a founding partner of the firm’s Los Angeles office. He represents award-winning entertainment talent and owners of intellectual property and is widely considered one of the nation’s top film and television industry lawyers. Mr. Hurwitz provides a full range of transactional and advisory services to clients in the motion picture, television, and digital rights businesses. He has negotiated and structured virtually every type of development, production, financing, and distribution agreement. He also advises on corporate matters -- including acquisitions and joint ventures and on employment matters for senior media executives. His clients include writers, directors, actors, producers, financiers, as well as media companies and their executives. As many of his clients reside in the United Kingdom, Europe, and the Middle East, he has extensive experience advising clients in connection with cross-border entertainment, intellectual property and labor issues. He works closely with attorneys in the firm with litigation and intellectual property expertise in securing, enforcing and exploiting valuable rights owned by best-selling authors, literary estates and toy companies in a rapidly changing media environment. His strategic counsel is frequently sought to resolve disputes and untangle complex business problems. Mr. Hurwitz consistently ranks among the nation’s best entertainment lawyers, regularly listed in industry and legal publications like The Hollywood Reporter’s “Power Lawyers” issue, Variety’s “Hollywood Law Impact List,” Best Lawyers in America, Chambers USA and The Legal 500.Mr. Hurwitz has taught the entertainment law seminar at New York Law School as well as motion picture business classes at Yale University and the Czech film school FAMU in Prague. He is a frequent panelist at industry and continuing legal education events and has written articles for The Hollywood Reporter and other publications. Mr. Hurwitz is a graduate of Tulane University (BA, cum laude) and Georgetown University Law Center (JD, cum laude), where he was an editor of the Law and Policy in International Business law journal and recipient of the George Brent Mickum III Prize for excellence in legal writing. He is admitted to practice in New York and California. He is the former Chairman of the Board of Directors of Services for the UnderServed, a not-for-profit company serving New York City’s Iraq and Afghanistan war veterans, and persons with mental and developmental disabilities. Since moving to Los Angeles, he now sits on the advisory board. He lives in Santa Monica with his wife Ariella and son Jak.
What legal services does this lawyer offer?
Entertainment Law - Motion Pictures and Television
Education
Graduated
Georgetown University, JD
Contact Details and Office Locations
Office: (310) 579-9600
2029 Century Park East
Los Angeles, California 90067
Los Angeles, California 90067
See Location