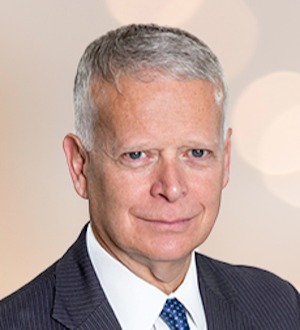 Silverman Thompson partner Andrew White is a former Assistant United States Attorney who served as a Senior Litigation Advisor to the Clinton Independent Counsel in the Monica Lewinsky investigation. Mr. White has over 25 years of experience trying civil and criminal cases of all kinds. He has coordinated hundreds of complex federal criminal investigations and has tried over 400 state and federal criminal trials, including over 30 federal jury trials.

Mr. White represented numerous corporations and individuals in all types of civil cases in state and federal courts including patent infringement, fraud, breach of contract, interference with contract, enforcement and defense of employment and mediation agreements, and election law. He has defended interstate trucking companies in proceedings before the Federal Highway Safety Commission as well as individuals charged with violations before the U.S. Commodity Futures Trading Commission. In one significant case, Mr. White was named by the U.S. Department of Justice as lead counsel defending an F.B.I. agent in a multi-million dollar civil rights lawsuit in U.S. District Court. Most recently, he represented a multi-billion dollar casino and entertainment company in a proceeding in State court to block a local referendum on a zoning law for a casino.

Mr. White is often called upon to handle very unique and complicated cases. For example, he recently won a major victory in United States District Court in Atlanta in a case where he convinced the Court to invoke rarely-used federal laws to block a pending State court prosecution of his client.