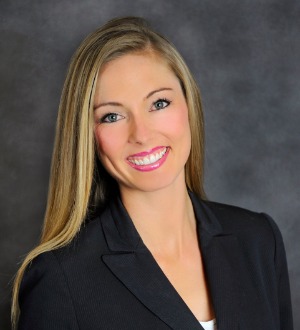 ANDREA A. LEWIS is an experienced trial lawyer who has dedicated her life to fighting for victims who have been injured, abused, or killed by the negligence and wrongdoing of others. She has successfully conducted over 80 jury trials and handled many high-profile cases. Due to her experience, Ms. Lewis has been quoted in numerous national publications and her cases have been covered by media outlets across the country, including USAToday, FoxNews and CNN.

Ms. Lewis has a lengthy track record of getting results for victims of car accidents and DUI, medical malpractice, nursing home negligence, sexual assault and molestation, and wrongful death.  She has been named by U.S. News & World Report one of The Best Lawyers in the field of personal injury and The National Trial Lawyers has recognized her as Top 40 Under 40.  Ms. Lewis has also been named by Best Lawyers in America as a Best Lawyer in the field of personal injury.

No stranger to a courtroom, Ms. Lewis has tried a wide array of civil and criminal cases.   Recently she was a member of the trial team that was awarded more than $8.5 million in damages for a victim of medical malpractice. She has also helped many clients achieve multi-million dollar settlements.

Ms. Lewis is especially passionate about advocating for survivors of sexual assault, sexual exploitation, and human trafficking.  Before joining Searcy Denney, she was a felony prosecutor with the Palm Beach County State Attorney’s office.  Many of the rapists, pedophiles, stalkers, and sexual predators she convicted remain in prison today.  While a prosecutor, Ms. Lewis took on and successfully convicted some of the toughest felony offenders in the county—including murderers, gang members, and sexual predators—and successfully pressed for lengthy prison sentences. She was responsible for handling numerous high-profile prosecutions, including cases against politicians, judges and celebrities.

When she is not working, Mrs. Lewis enjoys reading, being outdoors, traveling and spending time with her husband and daughter.