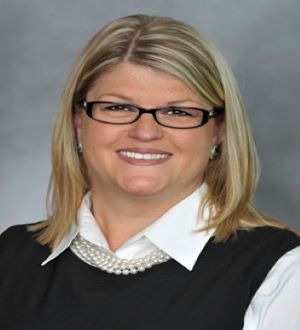 Recognized by Best Lawyers® since 2021.
One Court Street Alton, Illinois 62002
(618) 693-3104
|
Firm: Simmons Hanly Conroy LLC
|  Website
Edit Profile
Edit Your Profile
To edit your Lawyer Directory information, please login to your
Best Lawyers® Admin Account.
If you have any questions or need assistance, please contact us at info@bestlawyers.com or 803.648.0300.
Overview
Firm

Shareholder Amy Garrett brings more than 22 years of litigation experience to her leadership role as Assistant Managing Shareholder at Simmons Hanly Conroy. She has developed a fierce reputation for protecting the rights of her asbestos and complex litigation clients both in and out of the courtroom.

“I have a genuine interest in every person’s story and feel like it’s my job to give our clients the power to fight for themselves and their families,” Amy said.

During Amy’s tenure as a firm leader, the firm has secured billions of dollars in verdicts and settlements on behalf of its clients. Amy joined the firm in 2003. She became an asbestos trial team leader in 2007 and the firm’s first female shareholder in 2009. She has since mentored several other women to partnership.

Since 2019, Amy has served as one of two assistant managing shareholders and is a member of the firm’s executive committee. She currently leads the firm’s diversity and inclusion efforts in addition to other managerial responsibilities. As a veteran litigator, she also oversees the Madison County and St. Louis asbestos dockets and works closely with attorneys in both the Asbestos and Complex Litigation departments to prepare cases for trial. Her litigation work has secured millions of dollars on behalf of her clients affected by asbestos.

“Even though we are a large firm, I pride myself on the personal attention we give to each and every client,” Amy said. “Our size is an advantage for our clients because we have vast collective legal experience helping people harmed by asbestos exposure and other corporate wrongdoing.”

A native of the metro St. Louis area, Amy has always looked for ways to give back to her community. She began her career with legal aid as a family law attorney and worked as an assistant state’s attorney before joining the firm.  She is a past director of the firm’s employee foundation, which has donated more than $1 million to charities in the St. Louis area. She also founded and is the coordinator for the firm’s pro bono program and serves on the Third Judicial Circuit Pro Bono Committee in Madison County, Ill.

Amy was instrumental in the formation of the firm’s official pro bono program. Amy collaborated with former Chief Judge Ann Callis of the Third Judicial Circuit Court and the Illinois State Bar Association (ISBA) to identify the community’s most needed services.

As a former family law attorney, she trained attorneys within the firm on guardian ad litum cases, offering free representation to minors and disabled adults in custody and guardianship disputes. She also collaborated with the Veterans’ Legal Support Clinic at John Marshall Law School in 2008 to facilitate training for downstate volunteer attorneys who were willing to represent veterans in their Veterans’ Administration claims.

As a former prosecutor, she also helped develop Simmons Hanly Conroy’s Expungement Day and Road to Work programs. In conjunction with local law enforcement agencies, these programs helped Madison County residents remove minor criminal charges from their records and reinstate their driving privileges so they could find employment, obtain affordable housing or further their education. A

Because of Amy’s pro bono efforts, the firm has won several awards. In 2009 and again in 2020, the ISBA awarded the firm the John C. McAndrews Award. The award honors members of the legal profession who have shown extraordinary commitment to providing free legal services to the poor. The firm was also awarded the Bartylak Public Service Award in 2012 by the Madison County Bar Association for its pro bono efforts in the Madison County legal community. Then in 2016, the firm was named the “Pro Bono Firm of the Year” by the Third Judicial Circuit Pro Bono Committee for its work to spearhead the first Madison County Expungement Day.

Amy has won individual awards for her legal leadership as well. In 2020, the Chicago Daily Law Bulletin and the Chicago Lawyer Magazine included her in the inaugural class for the “Salute! Women in Law” awards for her work to advance other women in the legal profession, her professional accomplishments and her leadership. Her additional honors include a 2019 Women’s Justice Award from Missouri Lawyers Weekly in the Pro Bono category, a 2015 Up & Coming Young Lawyer Award from Missouri Lawyers Weekly, and inclusion in Chicago Lawyer Magazine’s Forty Under 40 list for 2013.

Amy graduated with a B.A. in English from the University of Illinois-Champaign/Urbana in 1995.

After graduating from Washington University School of Law in 1998, Amy worked as a staff attorney for Land of Lincoln Legal Assistance Foundation in Alton, Illinois, representing indigent clients and domestic violence victims in divorce, custody and protective order cases. She then moved to the Madison County State’s Attorney’s Office, where she handled hundreds of cases, many of which involved helping women who were victims of domestic abuse.

Amy also served on the Third Judicial Circuit Court’s Domestic Violence Coordinating Council and the Phoenix Crisis Center Board of Directors. After leaving the State’s Attorney’s Office, she worked with the Alton law firm Mendenhall & Selby before joining the firm in 2003.

“Helping give people facing a terminal diagnosis some peace of mind makes every day as a lawyer worthwhile,” Amy said. “I still correspond with former clients, and nothing brings me greater satisfaction than when I hear the firm’s work allowed the family to stay afloat, pay for their kids’ college and continue to lead some of the life they had intended before mesothelioma.”