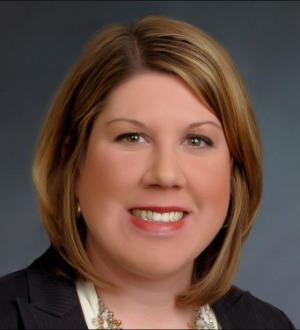 Amanda Stone Swart is a senior associate attorney at Livesay & Myers, P.C., practicing exclusively family law. She is experienced in handling every type of family law matter in Virginia, including separation, divorce, custody and support cases. Ms. Stone Swart works in the firm’s Leesburg office, and represents clients in Leesburg, Loudoun County, and all across Northern Virginia.

After graduating from law school in 2009, Ms. Stone Swart practiced family law as an associate attorney at a law firm in Northern Virginia from 2010 until June 2015 before joining Livesay & Myers, P.C.

One of the firm’s most skilled trial attorneys, in 2010 Ms. Swart received the prestigious Trial Advocate of the Year award from the Virginia Trial Lawyers Association.

Ms. Stone Swart was included in the 2021 edition of Best Lawyers: Ones to Watch for her work in Family Law. She was named a Super Lawyers Rising Star in 2019–2020. Ms. Stone Swart currently holds a perfect 10.0 rating from both Avvo and Justia.