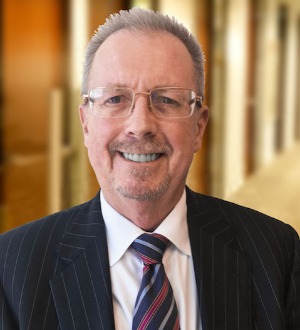 Alexander Kirkpatrick has been engaged in healthcare law since 1978 when as a deputy attorney general in the California Department of Justice in the Criminal Law Division, he was invited to join a newly-formed team of attorneys prosecuting Medi-Cal fraud charges against a broad range of providers. He was promoted to supervising deputy attorney general in 1981. Alex left the Attorney General’s Office in 1983 to enter private practice, initially with a law firm in Pasadena focusing on acute care hospitals and medical staff issues. Subsequently, Alex formed a small boutique firm that focused on representing health care providers in professional discipline, medical staff, reimbursement and litigation matters. Later, Alex reunited with a litigator and continued to work principally in health care and administrative law. After that firm dissolved, Alex continued to work in healthcare law as a sole practitioner.

Alex’s practice focuses on three related fields of practice in healthcare law: reimbursement, enrollment and sanctions including Medicare and Medi-Cal audits, exclusions, suspensions and fraud and abuse allegations affecting providers in medicine, pharmacy, psychology, and other fields; professional disciplinary matters representing licensees before agencies including the Medical and Dental Boards and the Boards of Pharmacy, Psychology, Registered Nursing and Behavioral Sciences; and writs and appeals and civil litigation on behalf of  licensees in contractual and reimbursement-related matters.

Alex has been named a Southern California “Super Lawyer” by Thomson Reuters since 2012.