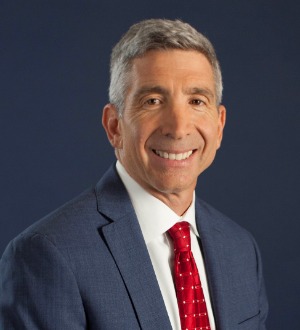 Recognized by Best Lawyers® since 2010.
2115 North Commerce Parkway Weston, Florida 33326
(954) 384-9200
|
Firm: Rosenthal Law Group
|  Website
Edit Profile
Edit Your Profile
To edit your Lawyer Directory information, please login to your
Best Lawyers® Admin Account.
If you have any questions or need assistance, please contact us at info@bestlawyers.com or 803.648.0300.
Overview
Firm

Years In Practice
Phone Number (954) 384-9200
Mr. Rosenthal was born in Miami, Florida. He received his B.A. from the University of Virginia in 1986 and his Juris Doctorate (with honors), from the University of Florida College of Law in 1989, where he served on served on the law school’s Journal of Law and Public Policy. He served as an intern for United States Magistrate Judge William C. Turnoff. After many years in private practice, in August 1997, Mr. Rosenthal formed Reimer Rosenthal where he practiced until July 1, 2012, when he formed Rosenthal Law Group.   Mr. Rosenthal’s practice areas include business counseling and transactions and state and federal commercial litigation with an emphasis on contract, fraud, employment law, real estate litigation, and complex commercial landlord-tenant litigation. Mr. Rosenthal's litigation practice extends statewide in both state and federal courts. He is a member of the local Florida Bar, United States District Courts for the Southern, Middle, and Northern Districts of Florida, the Eleventh Circuit Court of Appeals, and the United States Supreme Court.  Mr. Rosenthal is a  certified arbitrator in the Seventeenth Judicial Circuit, in and for Broward County, Florida. Mr. Rosenthal is AV Rated by Martindale-Hubbell, has been recognized by SuperLawyers, and has been recognized by The Best Lawyers in America® 2010 through 2021 in the field of Commercial Litigation.  He is rated 10.0 Superb by AVVO and recognized as a Top Litigation Firm.  Mr. Rosenthal is also a Senior Fellow of the Litigation Counsel of America®   Mr. Rosenthal has been named Corporate America's 2016 Business Lawyer of the Year.  He has also been named Acquisition International's Best Business Law Firm for Miami and Florida's Commercial Landlord-Tenant Litigator of the Year.  Mr. Rosenthal's firm has also been named "Most Outstanding Law Firm of 2016" by Wealth & Finance.  Mr. Rosenthal handles trial and appellate issues before both state and federal courts where he has obtained several precedent-setting decisions.
What legal services does this lawyer offer?
Business Organizations (Including LLCs and Partnerships)
Closely Held Companies and Family Businesses Law
Commercial Litigation
Litigation - Construction
Litigation - Real Estate
Languages
English
Education
Graduated
University of Florida
Graduated 1989
University of Virginia
Graduated 1986
Contact Details and Office Locations
Other: (954) 384-9200
2115 North Commerce Parkway
Weston, Florida 33326
Weston, Florida 33326
See Location