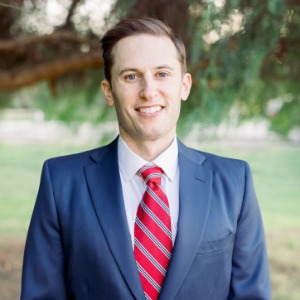 Alex Behar is a trial lawyer at Panish | Shea | Boyle | Ravipudi LLP, specializing in automobile accident, product liability, and wrongful death cases throughout Arizona and California including in Los Angeles, Orange, Riverside and San Bernardino counties. He has extensive experience in cases involving back and spinal cord injuries and prides himself on developing strong relationships with his clients, ensuring good communication throughout the course of their case remains a priority.

Mr. Behar has recovered hundreds of millions of dollars for his clients, including both seven-figure and eight-figure results. Most recently, both he and PSBR attorney Spencer Lucas secured a $2,595,103.97 judgment for a Nevada woman who suffered severe and permanent injuries after she was struck by a vehicle while walking through a hotel parking lot in Pasadena, California. The judgment was awarded following a three-week bench trial before a Los Angeles County Superior Court judge.

Mr. Behar was also a member of a trial team, serving alongside PSBR attorneys Brian Panish, Dan Dunbar and Matthew Stumpf, who obtained a $41,864,102 jury verdict and subsequent $46,000,000 settlement in a case involving a United States Air Force Captain who suffered catastrophic injuries after being struck from behind while on his motorcycle and then dragged the length of a football field and a half by a Southern California Gas Company truck. The parties agreed to a settlement of the case following the punitive damages phase of the trial, but prior to the jury’s verdict on those damages being announced.