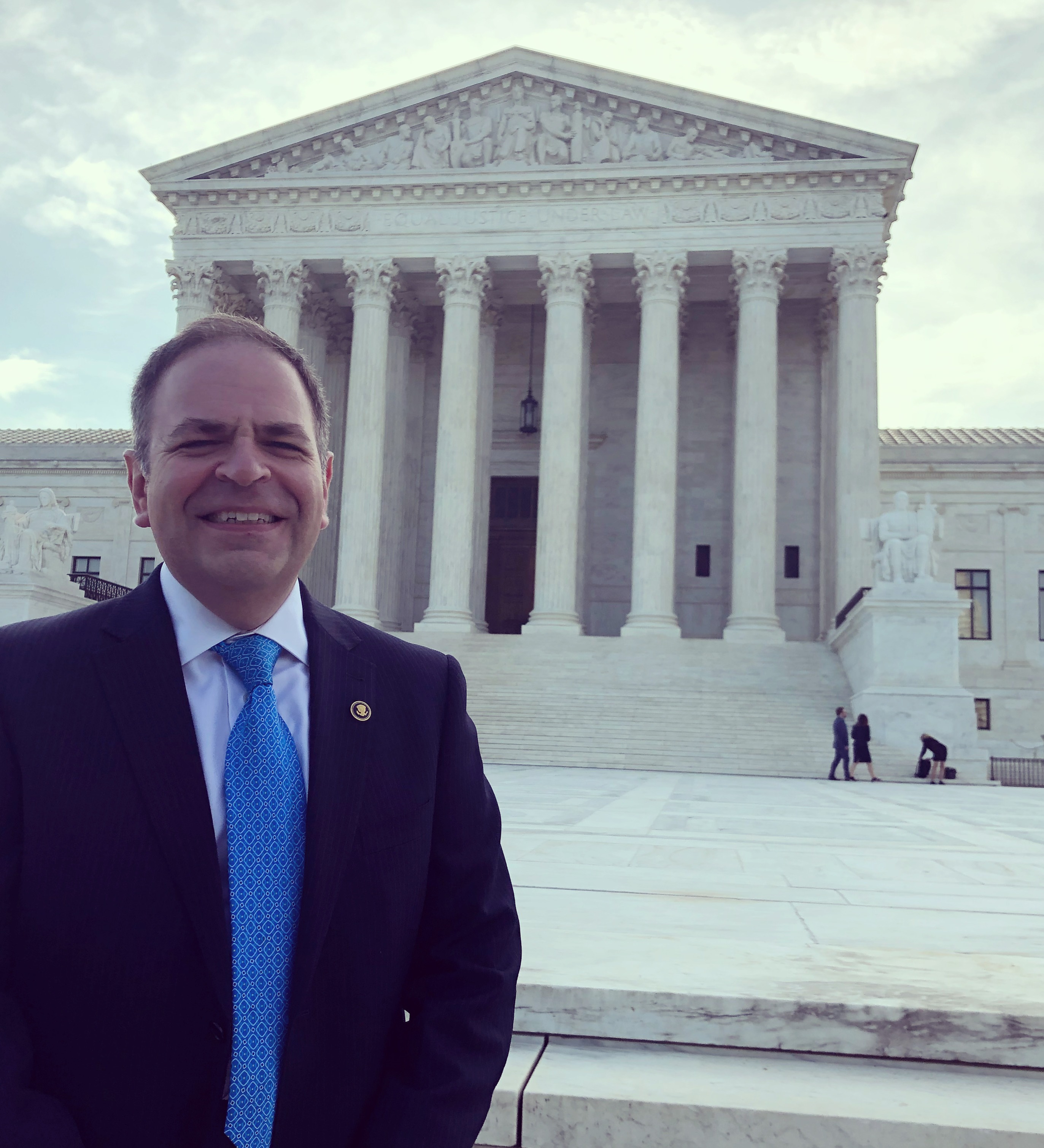 Phone Number (718) 233-2903
Theodore Alatsas, Esq. is the founder of the Alatsas Law Firm and the developer of the firm's 3 Pillars of Protection - our mission to Preserve your assets, Provide you Help, and Protect your Future focusing in three separate, and related, areas of law - Divorce and Family, Elder Law & Estate Planning, and Consumer Bankruptcy.Born the child of Greek immigrants in the early 1970s, Theodore Alatsas, Esq. grew up in Sheepshead Bay, Brooklyn, Theodore learned the importance of hard work and dedication to his community at an early age, working his way through high school and college in his parents' deli. As an exemplary student and community activist, Theodore often volunteered his time to help those who needed it. Theodore attended Brooklyn Technical High School, New York University on a scholarship and St. John’s University School of Law.  Theodore's work in the areas of Divorce and Family law, Elder Law and Estate Planning, and Consumer Bankruptcy Law have earned him recognition from a number of professional organizations, including the Lawyers of Distinction, The American Institute of Family Law Attorneys, Attorney and Practice Magazine, Martindale Hubbell, and Avvo, as well as dozens of 5 star reviews from past clients.  As an active member of the legal community, Theodore continues to influence changes in the practice of law and serves on a number of professional boards as a member of the New York State Bar Association, The Brooklyn Bar Assocation, The New York City Bar Association, The Hellenic American Bar Association, The American Bankruptcy Institute, the National Association of Consumer Bankruptcy Attorneys, The National Academy of Elder Law Attorneys, and the National Assocation of Divorce Professionals.As a Certified Divorce Specialist by the N.A.D.P., Theodore has earned recognition for exemplifying professionalism in working with divorce and family law clients, having handled matters ranging from the straightforward uncontested divorce to complicated trials.  In each case, Theodore Alatsas and his team strive to provide their clients with the kind of representation that empowers them to preserve their assets, provide them help and protect their future.In the areas of Elder Law and Estate Planning, Theodore demonstrated his expertise in 2019, having co-authored the New York edition of "Medicaid Secrets : How to Protect Your Family's Assets from Devastating Nursing Home Costs",  and is currently working on the soon to be released 2021 edition.  An active member of the National Academy of Elder Law Attorneys and the New York State Bar Association's Elder Law, Trusts and Estates committee, Theodore remains active in the development and discussion of new laws and changes to existing procedures in order to keep his clients' estate plans up to date and their assets protected.Growing up in the community, Theodore witnessed first hand the challenges hard working people often face when the economy turns, or when unexpected medical bills devastate a family.  To help clients in their deepest need, Theodore has focused his third pillar of protection in consumer bankruptcy.  Whether handling a Chapter 7 matter or working to preserve a client's home in a Chapter 13, Theodore and his team have developed a personalized approach to managing clients through the complicated web of the bankruptcy code to help clients get the fresh start they deserve.During his early 20s, Theodore worked his way through college and law school, while at the same time actively participating and leading various civic organizations. Among these organizations are the Avenue U Merchants’ Association, Citizens for Neighborhood Action, Change NY, and the Joint Council of Kings County Boards of Trade. Theodore’s community involvement was recognized in New York Newsday, the Bay News, and various other community papers.After graduating from law school, Theodore began the practice of law in the same location where his parents owned a Greek deli. Over the years, his areas of practice have become more specialized to focus primarily on the practice of divorce and family law. His knowledge and experience as a neighborhood practitioner have uniquely qualified him to handle a matter not only from a legal perspective but with compassion designed to guide the client through the process as smoothly as possible.Theodore remains active in his community, and has been nominated as a candidate for various public offices, including Brooklyn District Attorney and Brooklyn Borough President, and served as a member of the Public Service Commission Siting Board after having been appointed to the position by Governor Pataki in 2002.Theodore continues to reside in Brooklyn with his wife and daughter, and his law firm is located on the very spot he was raised. He is fluent in Greek and Spanish.
What legal services does this lawyer offer?
Bankruptcy Chapter 7
Elder Law
Estate Planning Documents
Family Law
Separation and Divorce
How is this lawyer compensated?
Fixed Fees
This lawyer is compensated by clients, often based on a flat fee.
Hourly
This lawyer is compensated by clients, often based on an hourly fee.
Retainer Fees
This lawyer is compensated by clients, often based on a retainer fee.
Bar Admissions
New York
Admitted in 1996
Awards

Lawyers of Distinction 2019 to present