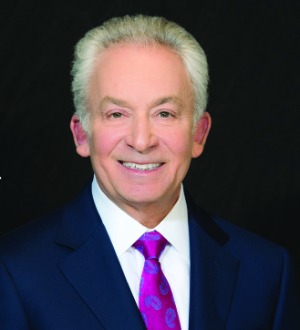 A dedicated and seasoned personal injury trial attorney, Alan has secured verdicts and settlements in a wide variety of cases in Pennsylvania, New Jersey, and other states. He has been successful against auto manufacturers for failing to protect occupants from injury during collisions, recovered for victims of sexual abuse on college campuses, and won awards for consumers injured or killed by defective products. In addition, Alan also has brought successful class action lawsuits against the automotive and medical and is one of a very small number of trial lawyers who have tried class actions to verdict in the automotive and medical industries. His recent results include a $50 million recovery for victims of IKEA dresser and a $26 million settlement for the survivors of a tractor-trailer accident.

Recognized as one of the Top 10 Super Lawyers in Pennsylvania every year since 2010 (rated #2 in Pennsylvania in 2016, 2017 and 2018), and a Top 100 Super Lawyer in Philadelphia every year since 2007, Alan has also been selected for inclusion among the Best Lawyers in America by U.S. News & World Report. He is one of a select number of trial lawyers to be certified as a Civil Trial Specialist by the National Board of Trial Advocacy. Alan is also a Fellow of the International Academy of Trial Lawyers (limited to 500 active lawyers throughout the world), and a past president of The Philadelphia Trial Lawyers Association.

In 2006, Alan was elected by the lawyers of the City of Philadelphia to serve as Chancellor of the Philadelphia Bar Association and its 13,000 members. During his tenure, he introduced the “Raising the Bar” campaign, which has amassed millions of dollars to help provide free legal services to those in need. Alan was appointed by the Supreme Court of Pennsylvania to serve on the IOLTA Board, which supports legal services agencies throughout the Commonwealth. He has also served on the board of Community Legal Services of Philadelphia and remains a member of its leadership council.

A frequent speaker at continuing legal education programs for other attorneys, Alan has also served as an Adjunct Professor of Trial Advocacy at Temple University Beasley School of Law, published materials for more than 50 trial skills programs, and co-authored a textbook on premises liability law.

While practicing law, managing his law firm, and serving his community fills Alan’s professional life, his proudest accomplishment is raising two wonderful and successful daughters with his wife, Dr. Maureen Pelta, a Professor of Art History for more than 20 years at Moore College of Art and Design. A dedicated runner, Alan thinks he may be the only lawyer who has participated in all 36 annual races sponsored by the Philadelphia Bar Association, although he will admit that he is not quite as speedy as he used to be.

Alan, a Temple University Beasley School of Law graduate, is licensed to practice in Pennsylvania, the Supreme Court of the United States, and the U.S. Court of Appeals for the Third Circuit. He has also been admitted pro hac vice to represent clients in other states.