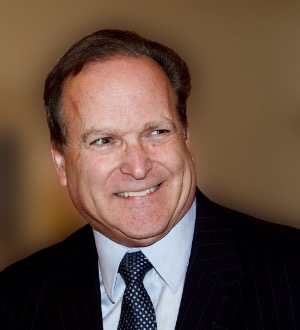 Alan L. Zegas and his associates practice criminal, appellate, and commercial litigation in the State and Federal courts of New Jersey and New York.

Mr. Zegas has served as an adjunct professor at Rutgers Law School-Newark, and as Editor-In-Chief of the Rutgers Law Review.  He is named in The Best Lawyers in America, Superlawyers, and the Martindale-Hubbell Bar Register of Preeminent Attorneys, in multiple areas of legal practice, including white collar criminal law, appellate law, and general criminal law.

In 2009, the Institute of Continuing Legal Education granted Mr. Zegas its award for distinguished service to the Bar.

Mr. Zegas has appeared on 60 Minutes, and he has been quoted as a legal expert by newspapers and magazines across the country, including the New York Times, The Wall Street Journal, Business Week, The Star Ledger, and the New Jersey Law Journal. Mr. Zegas has also been featured on TV and radio news programs of major broadcast stations nationally.

Mr. Zegas represents the Government's lead witness in the "Bridgegate" case, served as co-counsel to former Newark Mayor, Sharpe James, in his federal criminal trial, and has been the attorney for many elected officials, prominent business people, teachers, and other public officials.  The Zegas law firm has litigated hundreds of appeals, many precedent-setting, in the New Jersey Supreme Court, the New Jersey Appellate Division, and the Second and Third Circuit Courts of Appeals.