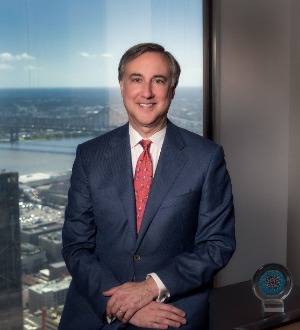 Member Alan G. Brackett, who is one of the firm founders, leads the Longshore and Harbor Workers’ Compensation Act defense team, which also handles claims arising under the Defense Base Act and War Hazards Compensation Act. Alan litigates claims nationwide for large corporations and insurance companies, including Chubb and American Longshore Mutual Association.

As supported by the many peer honors he has received, including The Best Lawyers in America and Super Lawyers, Alan has developed a reputation as an extremely skilled litigation attorney, who maintains the highest standards of professionalism, qualities that have attributed to him being widely recognized as one of the top litigators in the industry. He has developed long-standing relationships within the judicial system, enabling him to resolve his clients’ claims more efficiently.

Alan is known for being personally invested in his clients, many of whom he has worked with for decades. “I am a facilitator by nature. I like listening to people and solving problems. My goal is always to clearly understand the objectives of who I am representing, so everything can move toward that result on the best terms possible.”

He has been highly involved in his profession. Alan is a fellow of the College of Workers’ Compensation Lawyers whose members have been nominated by their peers for possessing “the highest professional qualifications and ethical standards, character, integrity, professional expertise and leadership” during their careers. He is also a fellow of the Louisiana Bar Foundation, American Bar Foundation and Claims and Litigation Management Alliance. Alan has been a contributing author to The Longshore Textbook and has served as Chairman of the Advisory Committee and Seminar Moderator for the Loyola University College of Law Annual Longshore Conference since 1998. He has lectured at numerous maritime, labor and workers’ compensation law seminars around the country and abroad.

Born and raised in Massachusetts, Alan came to New Orleans to attend Tulane University and has lived here ever since, becoming active in the community. He serves on the Vestry and as a Verger for Christ Church Cathedral. He previously served on the Executive Committee of the Episcopal Diocese of Louisiana and two terms as President of the Disciplinary Board. He is a past chair of the Board of Trustees of St. Martin’s Episcopal School.