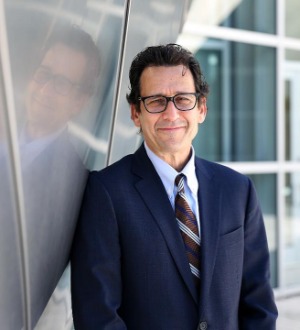 Recognized by Best Lawyers® since 2021.
1999 Avenue of the Stars, 11th Fl. Los Angeles, California 90067
(310) 328-3776
|
alan@egattorneys.com
Firm: Eisner Gorin LLP
|  Website
Edit Profile
Edit Your Profile
To edit your Lawyer Directory information, please login to your
Best Lawyers® Admin Account.
If you have any questions or need assistance, please contact us at info@bestlawyers.com or 803.648.0300.
Overview
Firm

Mr. Eisner has successfully defended clients facing the most serious criminal accusations for over 33 years. He practices criminal defense exclusively, and have been a Certified Specialist in Criminal Law - Certified by the California State Bar’s Board of Legal Specialization - for over 20 years.

This designation, and periodic recertification, comes only after demonstrating the highest level of proficiency in criminal defense, extensive litigation of complex and serious cases, and a review of his character and background amongst peers, prosecutors and judges.

He is involved in every stage of the case proceedings, often intervening immediately with police investigators and prosecutors in attempt to avoid or divert from a criminal filing at the outset. If the matter must proceed to court, our legal team will work diligently toward getting clients out of custody at arraignment and bail hearings.

Our law firm will challenge charges at the Preliminary Hearing stage, Pretrial motions and at Trial, Appeal and Probation Violations. Our criminal defense law firm prides itself on being zealous advocates, turning over every leaf to insure the client is afforded the protections to which they are entitled. We insure that our clients are treated fairly by the justice system.

Mr. Eisner received his B.A. degree from University of California, Berkeley in 1982, his J.D. degree from Loyola Law School in 1985, and became a member of the California Bar in 1986. He was employed as a Deputy Public Defender in Los Angeles from 1987 through 1992 when he opened my own practice.

When clients and their families come to our firm with their criminal problem it is often the worst circumstance they have faced in their lives. There is nothing more important to him, both personally and professionally, than navigating them through the trauma to a successful resolution.