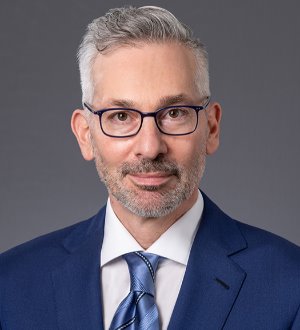 Recognized by Best Lawyers® since 2008.
1901 Avenue of the Stars, Suite 1600 Los Angeles, California 90067
(310) 228-3700
|
Firm: Sheppard Mullin Richter & Hampton LLP
|  Website
Edit Profile
Edit Your Profile
To edit your Lawyer Directory information, please login to your
Best Lawyers® Admin Account.
If you have any questions or need assistance, please contact us at info@bestlawyers.com or 803.648.0300.
Overview
Firm

"Adam Streisand is widely regarded as one of the nation's top trial attorneys, particularly in high profile litigation involving private wealth disputes, fiduciary litigation, business succession and partnership disputes and litigation involving trusts, estates and conservatorships" (Los Angeles Business Journal, "Top Litigators", August 13, 2018). Mr. Streisand is best known for his victories in courtroom battles over celebrity estates and, as Bill Plaschke of the Los Angeles Times wrote: "Streisand was the lawyer who … rescued both local NBA teams." Mr. Streisand’s trial victory for former Microsoft CEO Steve Ballmer against Donald Sterling resulted in Ballmer’s $2 billion purchase of the Los Angeles Clippers. But, as the Los Angeles Daily Journal explained, what captured the legal world completely by surprise was his "particularly adept legal gambit involving a rarely invoked clause of California’s probate code" that made it all happen. As the Los Angeles Times noted, two years later, “Adam Streisand carried the future of the Lakers into Room 629 at the Stanley Mosk Courthouse in downtown Los Angeles. The veteran attorney is no stranger to high profile cases…. In a very real way, he [was] being asked to save the Lakers." As ESPN reported, “Jeanie Buss and her lawyer Adam Streisand won a decisive legal victory to prevent a coup attempt.”

The accolades for Mr. Streisand’s stature in the legal profession are legion. The legal newspaper, the Daily Journal, profiling Mr. Streisand on the cover of its "Extra" section, called him “The Sure Thing” and noted that his resume is "a lawyer’s C.V. on steroids."