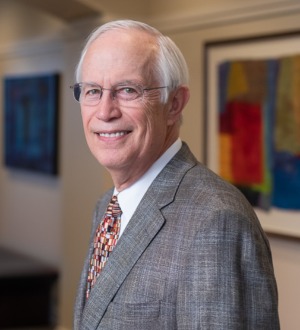 Bill Cary has over 40 years experience representing businesses in a wide range of commercial and litigation issues, including environmental, general business litigation, and employment law.  Most recently (during an extended leave from the Firm), he served as the General Counsel of the NC Department of Environment and Natural Resources (DENR).  There his responsibilities included advice to and representation of the Department on a wide range of environmental and agency operational issues, including negotiations with the US Environmental Protection Agency and the NC Office of Administrative Hearings on new procedures that now apply to all federal Clean Air Act, Clean Water Act and RCRA cases in North Carolina; review of proposed new legislation; review of proposed rule revisions and repeals; and DENR/US Military projects. As General Counsel, Bill was generally the first point of contact on legal issues affecting any of the DENR regulatory or natural resource conservation activities as well as the Department’s administrative functions.

Bill’s practice includes planning, advice, and litigation in a variety of environmental areas, particularly involving wetlands and the Clean Water Act, the NEPA/SEPA review process, and administrative and judicial challenges to agency decisions representing both public and private entities. During his career, he has appeared in the state and federal trial and appellate courts in North Carolina, South Carolina, and Virginia (where he is also a member of that Bar), as well as practiced before administrative agencies (OAH, EEOC, etc.).

Bill's interests and practice have also included litigation on a variety of other subjects (including construction and commercial disputes), and he serves as general counsel to a variety of entities (including an international manufacturing concern, the Greensboro United Arts Council, and a regional catering and food consultant). A significant portion of his practice has involved advice on general business transactions and employment policy design and implementation to avoid litigation, including consulting on the employment ramifications of mergers and acquisitions.

Bill is on the approved mediator list for the United States District Court for the Middle District of North Carolina and has served frequently in that capacity. He has conducted numerous seminars and workshops for both Bar and trade association groups over the past 30+ years, particularly in the areas of dispute resolution and management of employees.